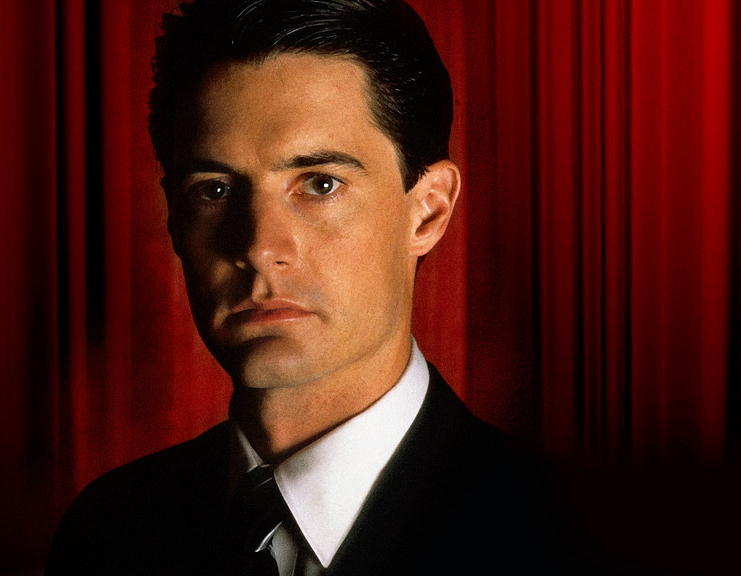 Kyle MacLachlan reprised his role as FBI Special Agent dale Cooper in the long-awaited third season of "Twin Peaks," the finale of which aired this past Sunday.

This past Sunday, the world watched as one of the most influential and important shows in the history of television came to a confounding and mystifying conclusion, approximately 25 years after the show’s original two-season run ended.

That show, my friends, is “Twin Peaks,” and for the past quarter of a century, its wonderfully strange world has permeated nearly every facet of American entertainment.

Co-created by screenwriter Mark Frost and surrealist filmmaker David Lynch, “Twin Peaks” first burst onto the small screen in 1990 and immediately took the world by storm as it centered on the mysterious murder of homecoming queen Laura Palmer (Sheryl Lee) in a small Pacific Northwestern town.

All throughout America — and, indeed, the world — the only question that was on anyone’s mind was “Who killed Laura Palmer?” And as the show progressed through its first and second seasons, Lynch and Frost continued to take creative risks that pushed the boundaries of what could be done in the medium of television.

Simply put, nothing on television had ever looked, sounded or felt like “Twin Peaks.” The show’s visual aesthetic rivalled that of feature films, and its increasingly offbeat subject matter upended narrative conventions through its melding of campy humor, soap opera romance, crime drama elements and surrealist horror.

In short, “Twin Peaks” singlehandedly reinvigorated the television landscape in the early 90s, and its lasting impact can still be felt today in shows as varied as “Breaking Bad,” “The Walking Dead” and “Game of Thrones.”

What a shame it was, then, when the original show was abruptly cut short at the end of just its second season in 1991, as viewers tuned out in droves once the central mystery surrounding Laura Palmer’s murder was resolved mid-season.

Fast forward 26 years later (25 if you count 1992’s prequel film “Twin Peaks: Fire Walk with Me” as the official end of the show’s original run), and Lynch had announced that he and Frost have teamed up once again to produce an unexpected third season of the legendary show, set to air on Showtime in 2017.

The unprecedented announcement was met with much fanfare, but little did anyone know that Lynch and company would once again turn television on its head with something just as experimental and daringly original as the original show was all those years ago.

Over the course of 18 wildly unpredictable episodes that aired throughout this past summer, Lynch and Frost took viewers on a surrealist odyssey that returned them to the beloved titular town, as well as to new locales, such as Las Vegas, New York and even unknown dimensions.

Yes, as it turned out, much of this new season of “Twin Peaks” didn’t even take place in the town of the same name — which I think is very much by design.

Although many fans of the original show evidently longed for a nostalgic return to that seemingly wholesome town they so fondly remembered, Lynch refused to give into fan service and instead greatly expanded his show’s universe. By exploring new locations, new characters and even new timelines, Lynch also greatly expanded his own creative and artistic horizons.

As a result, this third (and likely final) season of “Twin Peaks” was so unlike anything that came before it – including the original “Twin Peaks.” And perhaps that’s the point.

“Twin Peaks” was, and always has been, about exploring new territory and pushing that proverbial envelope.

For every brief instance of cherry pie and “damn good” coffee this season that harkened back to the charm of the original show, there were instances of desert shootouts, Marlon Brando impersonators, lottery jackpots, winged frogs, gold-painted shovels, electric trees and super-powered gardening gloves.

To put it another way, “Twin Peaks” is simply beyond description, and any attempt at encapsulating its wonderfully strange world would almost surely end in failure.

And yet, even with all the show’s expansive mythology and countless tangentially-related subplots and side characters, “Twin Peaks” has still always been about one thing: a high school student’s life tragically cut short and the efforts of a virtuous FBI agent to solve her murder.

And appropriately enough, “Twin Peaks” ended this past Sunday with those two characters at the forefront.

Only this time, Cooper and Laura were strangers to each other, as well as to themselves, lost in a world that’s strangely familiar and yet familiarly strange. In other words, they were, as were all of us watching, lost inside “Twin Peaks.”