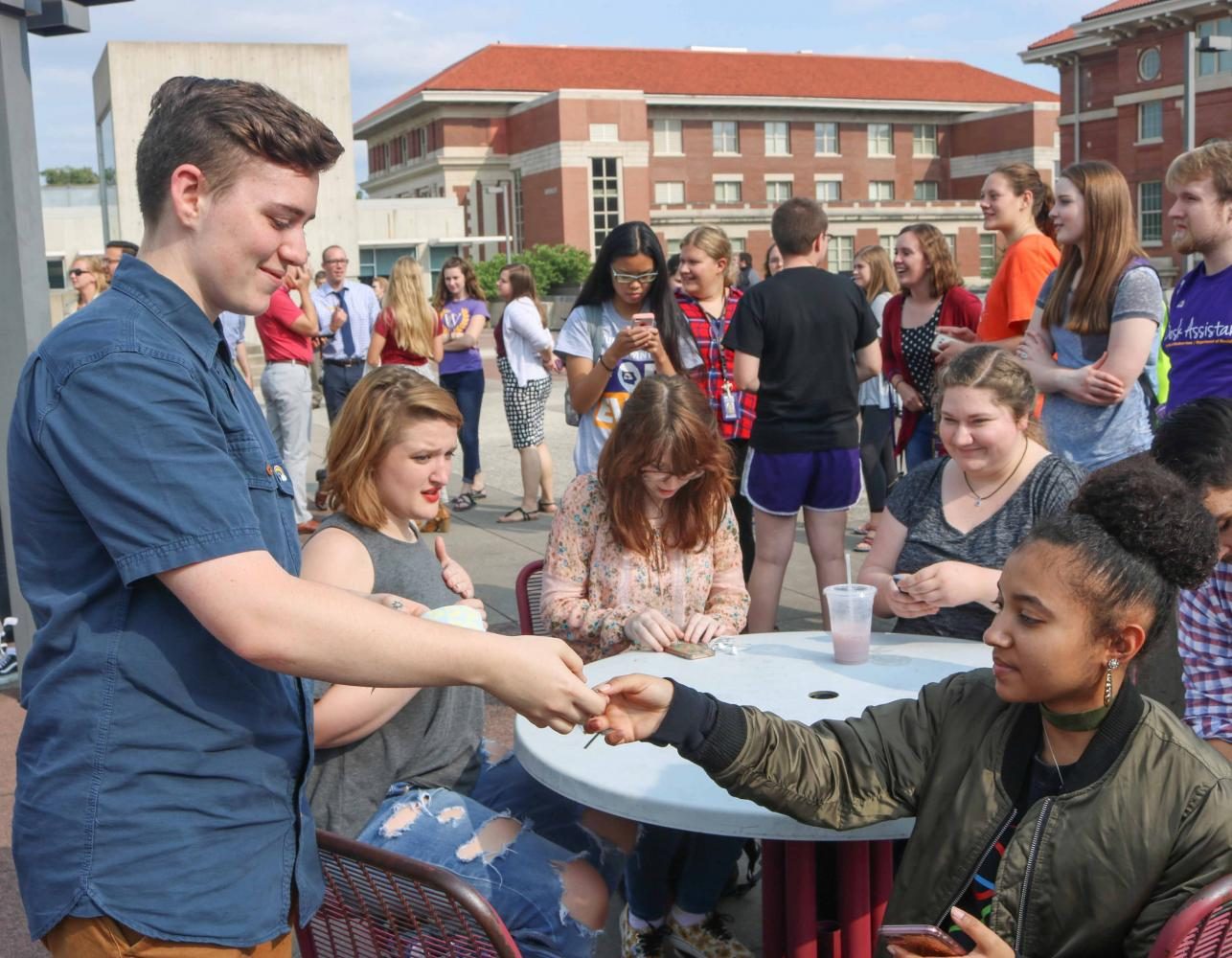 Students gathered on top of Maucker Union in response to the events at Charlottesville.

On Thursday, Aug. 31, the rooftop of Maucker Union served as the venue for a peace rally organized in response to the events that occurred in Charlottesville, Virginia in August.

Jamal White, NISG president, was the first speaker to address the crowd of nearly 100 people who gathered to hear various advocates for diversity and inclusion. He said the purpose of the event was to give students the opportunity to recognize the differences they share and support one another.

“I think too many times, whenever we are addressing things in regard to diversity and inclusion, a lot of it is reactive,” White said. “It’s after something happens and we have to respond […] The conversation of diversity and inclusion cannot just be a one and done type of thing; I think it has to be ongoing. So, we wanted to start it right in the beginning of the school year and keep it ongoing and continue to have those conversations.”

Following White, Paula Knudson, vice president of student affairs, spoke about kindness and compassion, emphasizing the necessity for everyone to recognize their biases and equalize the playing field.

“It’s about our humanity, not our differences. It is about being human. We are stronger and better together,” Knudson said. “We have to be better than hate and segregation. Eye for an eye gets us nowhere except pain, destruction and despair. We must have peace over hurt and hate.”

Gwenne Berry, chief diversity officer on campus, shared a brief, yet salient message in which she underscored the reality of the situation. She urged those at the rally to continue their involvement after the event.

“Do not become complacent in the privilege of this peace rally,” Berry said. “Do more than rally. I’m asking you to act.”

All the advocates who spoke during the rally prompted booming applause and sincere cheers as those in attendance expressed their support for the speakers’ words of peace.

Tait Larson, a junior English major who attended the rally, said the event reminded him of how to best engage with such a sensitive topic.

“This event was special because it impressed on me the importance of listening,” Larson said. “If we ever want to help one another, we need to first understand one another, and rallies like this help open up the difficult but crucial conversations we need to have to combat hate.

“It reminded me that I need to do less speaking and more listening.”

Other speakers at the event included Jamie Butler-Chidozie, the director of the Center for Multicultural Education (CME), Belinda Creighton-Smith, a pastor at Faith Temple Baptist Church, Darvel Givens, the director of diversity on campus and Tristan Bernhard, NISG vice president.

“Do something,” Butler-Chidozie said. “We invite you to do something — that is social justice. Stand up and stand alongside.”

She continued by reminding the audience that, as she spoke, injustices were occurring. Her concern and devotion for social justice and inclusion were emphasized throughout her address and, especially, in her closing remarks.

At one point, Butler-Chidozie quoted the Dalai Lama, saying, “It is not enough to be compassionate; we must act.”

Expressing her heavy heart and belief in the individual’s story, Creighton-Smith asked the audience to recognize their state on interconnectedness, saying, “I am because we are.”

As she delivered her proclamations of unity to the crowd she urged the listeners to truly examine the word “peace.”

Givens took the stage next and was met with loud applause, nodding heads and cheering. He spoke about the importance of unity and understanding in the face of hate and injustice.

By illuminating the essential role of empathy in situations of inequity, Givens united the crowd in a unanimous chant of, “We want peace,” as he proposed activities of peace through alliance.

Bernhard capped off the speeches with an onerous reminder that no matter what one does or does not do, they are participating.

“Either you are fighting against oppression or you’re standing by it,” Bernhard said. “We are all doing something, but if we are standing by, we are doing the wrong thing.”

Returning to give a closing remark, White told the audience to, “Commit to acknowledge, engage and educate” — words that Givens encouraged all those in attendance to live by daily.