Much work remains for racial equality 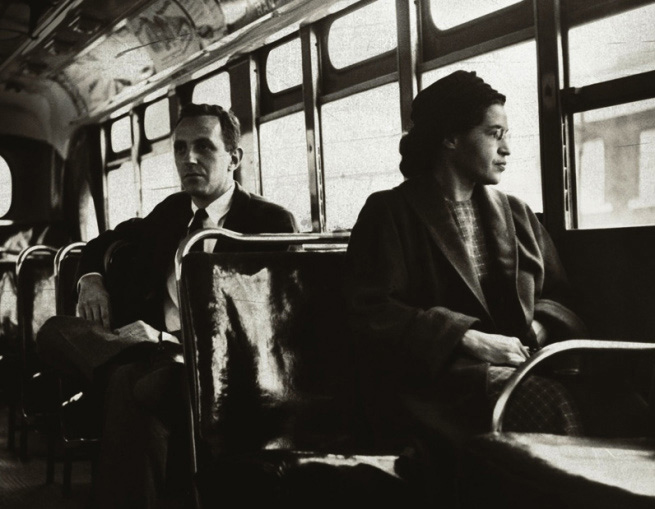 Opinion columnist Abbi Cobb argues that celebrating the perceived progress made since the days of segregation and the height of the Civil Rights movement distracts from the work that still remains to be done.

In the context of racial inequality, I recently listened to a white, male professor suggest that people should focus less on how we continue to fail underserved populations and more on the progress that has been made among them. Classic.

There are few things worse than a white guy making suggestions for efforts that he doesn’t at all support and/or participate in.

But even more cringe-worthy than that is the same person suggesting that there is too much public discourse regarding criticism of the outright maltreatment and denial of opportunity afforded to marginalized groups — that somehow there is not enough celebration or patting ourselves on the back for working to eradicate in-your-face discrimination over decades.

A white guy. Requesting that progress be put on hold for congratulations.

And aside from all of that, how much progress has actually been made up to this point? It’s 2017, and many people like to believe that the US is largely a post-racist society.

The era of overt, explicit racism and discrimination is over, as far as these people are concerned. Those days constitute a distant past that might be associated with great-grandparents or even great-great-grandparents.

It’s time for a change in perspective because this is out of touch, as that part of US history may not be as dated as people perceive.

Ruby Bridges, the first black child to integrate into an all-white public school in the South, just turned 63 years old on Saturday. Yes, this woman is only 63 years old. Ruby is too young to be my grandma.

It was 1960 in New Orleans, only seven years before my mom was born. A six-year-old Ruby Bridges was escorted by several bodyguards into her now-desegregated public elementary school.

I read through an article that contained Ruby’s story and the photos from that day, along with other photos from the 1960s that relate to desegregation.

There’s one of a group of white boys crowded around one black kid that’s participating in a sit-in. It’s a diner setting, the protestor is seated and the boys surrounding him are standing. They appear to be about 15-years-old.

Those boys — boys that likely harassed and even abused bodies of individuals based on the color of their skin — are now men in their early 70s. And I’m sure many of them are alive, well and still aggressively racist.

Last week, a photo of a group of gun-wielding, Confederate flag-flying 15-year-olds from Creston, Iowa surfaced. In 57 years, they will be men in their early 70s, and much like the boys in the black-and-white photo from the diner, they too will serve as sore reminders of the fact that there is little to celebrate in terms of progress.

If your perspective has not yet been shaken, consider the fact that there are living Americans whose grandparents were born into slavery.

We aren’t far enough away — in terms of years or social equity — to embrace stagnation for the purpose of reminiscing on or relishing in progress. Celebrating progress is a dangerous distraction from the heavy work of injustice that remains undone.