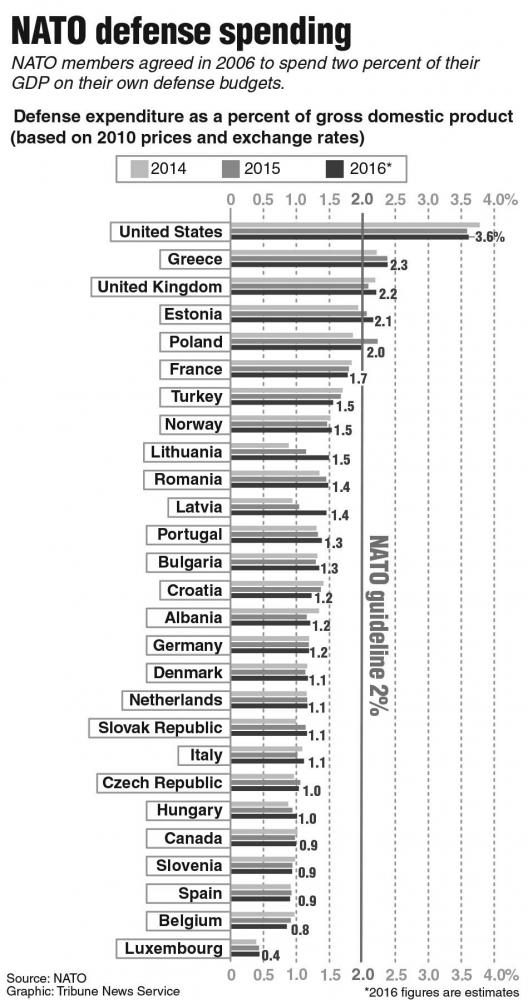 I have spent countless hours gawking at the phenomenal intricacies found in the rotundas and chambers of the Iowa State Capitol Building. And despite the infinite number of details to choose from, my absolute favorite experience in that building is looking up to see a gold-leafed quote by Edward Everett, reading: “Education is a better safeguard of liberty than a standing army.”

As of Monday, it has now been 56 consecutive years that Congress has managed to pass the National Defense Authorization Act (NDAA), allowing annual increases to military spending.

The most recent development in the NDAA came Monday when the Senate proposed an $80 billion increase to the defense budget, which would bring the annual allocation to a whopping $700 billion.

Of course, before the increase can be put forth, it must first be reconciled with the House’s $77 billion proposal. It is likely to be an unimaginably grueling task for them to meet somewhere in the middle of those figures, I’m sure.

This move is yet another sobering manifestation of Congressional priorities that unfortunately have a magnificently adverse impact on stunting opportunities to improve the nation’s social well-being.

Perhaps those billions of dollars could instead be invested in a more educated or health-insured society.

I mean, come on. Eighty-billion additional dollars to a war machine that is already vastly out-spending any other military regime in the world?

According to Robert Reich, US sectretary of Labor under Bill Clinton and an accomplished professor, this country’s annual defense spending is already greater than the next 10 leading countries combined.

For too long this trend has been treated as an unquestionable reality in America. United States legislators and the general population’s tendency to shy away from challenging multibillion dollar increases to military spending is pathetic.

Consistent with previous years, there was very little opposition to the measure this year. In fact, the final Senate vote was 89-8, with three senators opting out. This is confusing to me.

Where are the fiscal conservatives to challenge where this money is going to come from? Where are the individuals crying about the potential for national bankruptcy?

I can recall a particular senator and former 2016 presidential candidate from Vermont who included tuition-free public universities and colleges as part of his campaign platform. According to a bill introduced by Sanders in 2015, his proposal was estimated to cost the US a total of $47 billion.

For many months, I supported Sen. Sanders’ campaign and endured the mockery and frustration from Democrats and Republicans alike, both claiming that the notion of free education is unrealistic in terms of funding.

Edward Everett and I would have disagreed on many things, but I imagine his reaction would be similar to mine when people defend decreased educational funding and increased military spending with epithets regarding the military “protecting our freedoms.”