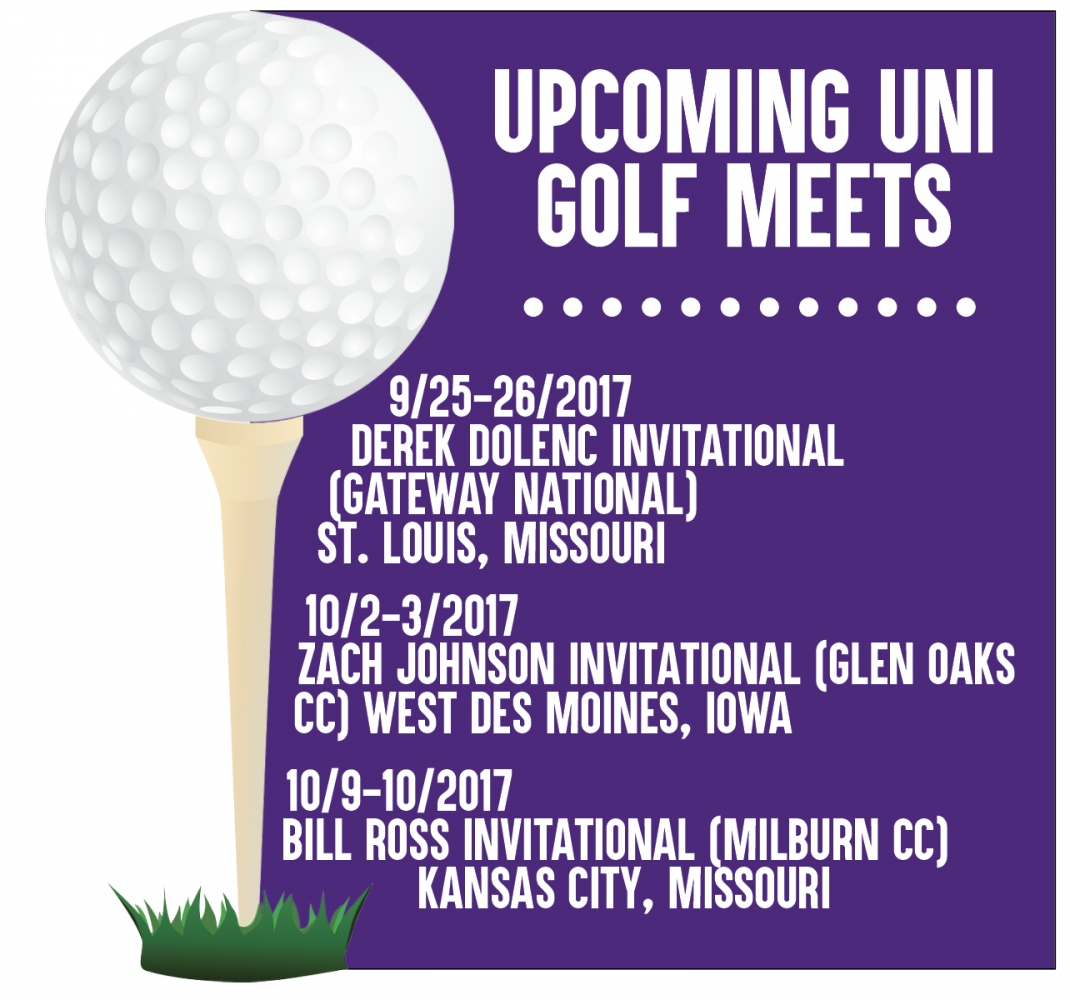 The UNI Panther golf teams teed off their 2017 seasons on the links earlier this month with some strong performances.

Both the men’s and women’s teams began their campaigns on the road at the UNO Tournament in Lincoln City, Nebraska, hosted by the University of Nebraska, Omaha. The men’s team finished in second place in the field of six teams, just 10 shots behind first place North Dakota State.

The women’s team finished fourth in the eight team field, just behind South Dakota and ahead of Omaha. Freshman Emily Snelling sunk four birdies on the final day of her first collegiate tournament to clinch a tie for 13th with a score of +14 (230).

The Panther men traveled to Colorado Springs, Colorado for the Gene Miranda Falcon Invite, hosted by the Air Force Academy one week later.

In a field of 95 talented golfers, UNI struggled in the final round, shooting a combined 12 over par, as the Panthers finished 17th in the 19 team pool, just two shots ahead of Southern Illinois. The Panthers will hit the road again starting today at the ORU Shootout in Tulsa, Oklahoma.

Next up for the men will be the Derek Dolenc Invitational, which begins play today in St. Louis.