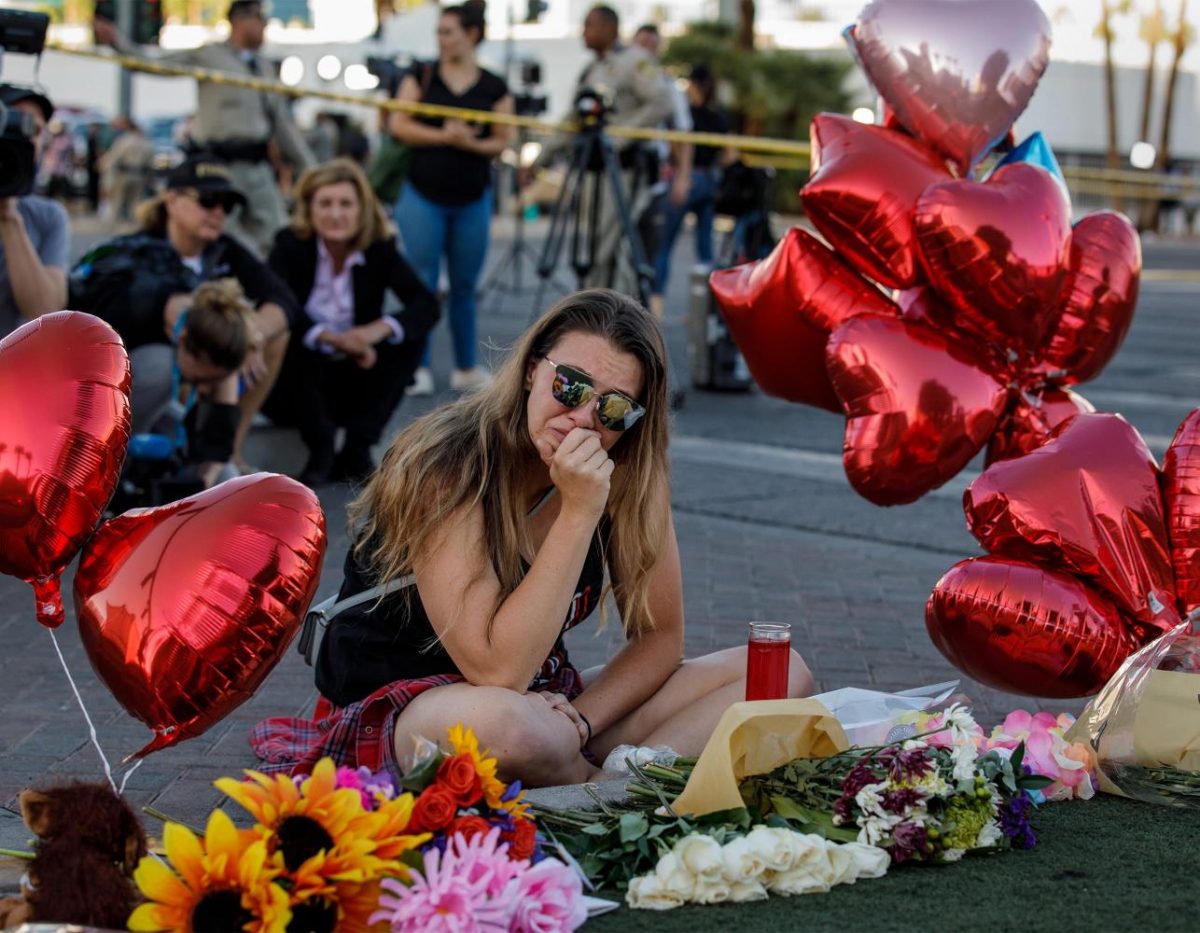 In response to the deadly shooting in Las Vegas on Sunday, opinion columnist Abbi Cobb calls for America to take a deeper look at the causes of mass murder.

Please, stop concluding your assessments of mass murders with the idea that greater mental health service availability would have kept a terrorist from committing the act.

While an increase in accessibility and awareness surrounding mental illness is more important now than ever, it is not the end-all answer to this epidemic.

For many people, the only time our nation’s mental health crisis is discussed is following large-scale human-induced destruction. Contrary to this implication, it is not solely mentally unwell individuals that are capable of reeking havoc on the lives of others.

Mental illness is stigmatized and largely misunderstood in the U.S. as it is.

Claiming mental health disorders and services following a preventable tragedy is harmful, unless you’re advocating for greater mental health services for the victims and witnesses of events like the one in Las Vegas on Sunday.

There is so much more to mass murder than mental illness — and I am not talking gun control. In addition to cries for mental health awareness and help, stop claiming that gun control is the problem and the solution to preventing catastrophes like the one the nation saw on Sunday.

Not only does stricter gun control result in disproportionately high enforcement among people and communities of color, it also fails to dig below the surface of what is happening.

Perpetrators of mass murders in the U.S. all have something in common, despite the general public’s expression of complete unawareness every time one happens. These people are consistently men, and it’s time to start discussing this because people are dying.

“Guns don’t kill people, people kill people” is a saying that I once scoffed at or refuted. As of late, this is something that I can actually understand, but for reasons that are much different than what most others are offering.

I would argue that this saying touches closer to the underlying problem — the people that are committing these acts.

However, to be clear, I would not claim this saying on the basis that our lowly-regulated gun access has nothing to do with our alarmingly high rate of gun violence and mass murder by gun, because that would be wrong. It is very apparent that a lack of regulation lends itself to guns falling into the wrong hands.

Much like sexual violence, gun violence and mass murders are about control over others. These acts are about power and the ability to assert dominance in the face of resistance, since, of course, resistance is no match for a semi-automatic weapon.

We must ask ourselves, then, where the obsession or desire for control stems from. Perhaps we should take a long, hard look at (toxic) masculinity and the way we socialize men.

As demonstrated in elementary level lessons on gender roles and expectations, there is an association between control and/or dominance with our idea of masculinity.

They are superficial and unproductive, as demonstrated by the nation’s progress (or lack thereof) toward curbing the frequency of these events.

Mental illness and gun control are easy to revert to and grossly oversimplified, yet they seem to be the only things people want to discuss following one of the U.S.’s frequent occurrences of mass murder. It’s time to go deeper and change that.