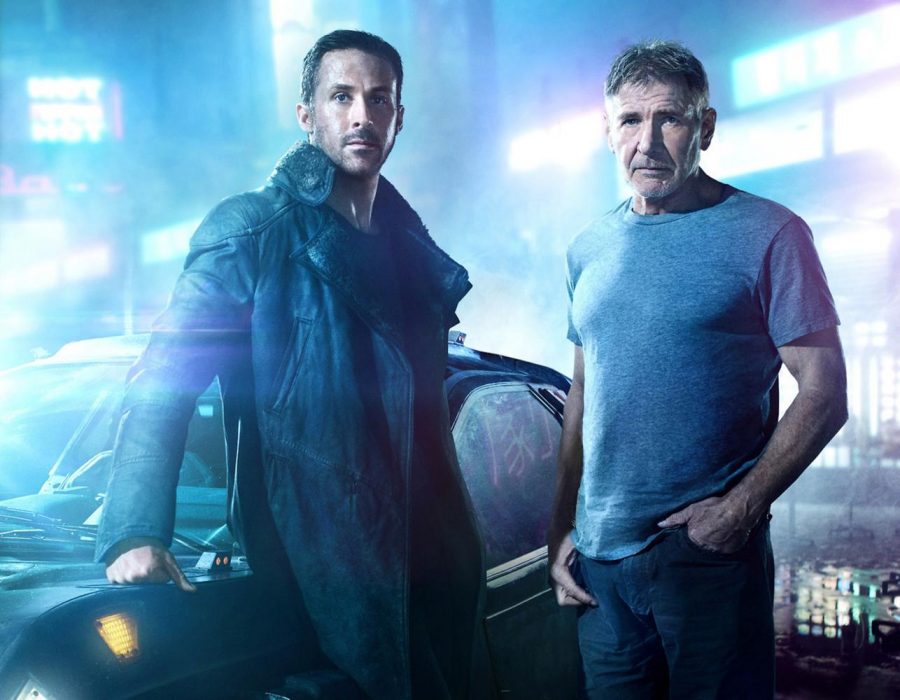 More than three decades ago, director Ridley Scott (“Alien,” “The Martian”) revolutionized the science fiction genre with his 1982 opus “Blade Runner.” Misunderstood upon its initial release, the film is now widely regarded as a masterpiece for its futuristic set design and cinematography, as well as for its thematic complexity.

The original film, which took place in a dystopian Los Angeles in the year 2019, followed LA cop Rick Deckard (Harrison Ford), as he attempts to hunt down and kill a series of rogue replicants — synthetic humans bioengineered to work on off-world colonies. Those who are tasked with “retiring” fugitive replicants are colloquially referred to as “blade runners.”

Set exactly 30 years after the events of the first film, “Blade Runner 2049” revolves around a replicant blade runner by the name of K (Ryan Gosling) who stumbles upon a shocking discovery that sets him on a journey of self-discovery — ultimately leading him to the long lost Officer Deckard.

For his much-anticipated sequel, Scott, now serving as executive producer, has handed over the reins of his hazy and neon-infused dystopia to budding auteur Denis Villeneuve (“Sicario,” “Arrival”), who ably deepens the mysteries of the first film while also creating a wholly unique and visually arresting work of unparalleled cinematic and narrative depth.

Villeneuve greatly expands upon the visual look and feel of the original “Blade Runner,” venturing into remote and barren landscapes far away from the highly congested and skyscraper-laden Los Angeles of 2049 — whether it be a radioactive desert marked with decaying stone statues or a vast ocean teeming with rushing water.

In addition to widening the scope of the “Blade Runner” universe with new terrain and locations, Villeneuve crafts an entirely immersive cinematic landscape by pushing the boundaries of visual composition.

Indeed, “Blade Runner 2049” has to be seen on the biggest screen possible to fully appreciate the complete and utter artistry that went into every meticulously crafted shot of the film. From the lighting to the framing to even the Hans Zimmer-led soundtrack, “Blade Runner 2049” is the result of a perfect storm of disparate elements coming together to create something timeless.

On top of Villeneuve’s mastery of framing, editing and lighting, “Blade Runner 2049” also benefits from purposeful and exquisitely realized CGI effects that elevate many of the film’s futuristic environments to unprecedented levels of realism.

Unlike many big budget Hollywood blockbusters, Villeneuve’s use of CGI never distracts from the film’s overall presentation and instead seamlessly blends in with the practical effects and set design that comprise the film’s visually striking universe.

Having been tasked with continuing the story of one of the most heralded science fiction films ever made, it would’ve come as no surprise for the sequel to be a nostalgia-heavy and emotionally shallow clone of the original.

However, by simultaneously paying homage to the first “Blade Runner” while also taking the story in new and unexpected directions, “Blade Runner 2049” succeeds as both a tribute to the original and as an expansion of the franchise. To be sure, “Blade Runner 2049” is one of those rare sequels that not only justifies its existence through its sheer excellence; it also makes itself necessary viewing to better understand and appreciate the mysteries first introduced in the original film.

In addition to exploring old mysteries and establishing new ones, “Blade Runner 2049” also succeeds in the ways in which these plot points unfold. Much like the original film, Villeneuve allows his densely constructed story to slowly unfurl, not unlike the lazy smoke that wraps around the dark and shadowy corners of a futuristic downtown Los Angeles.

Now, while this methodical pace may turn off some viewers, Villeneuve still succeeds at holding the viewer’s attention throughout the film’s admittedly lengthy 163-minute running time by way of the aforementioned jaw dropping visuals. By having his story patiently reveal itself, Villeneuve allows his compositions to breathe, which, by extension, more fully immerses the viewer into the film’s visually rich and resplendent world.

Furthermore, Villeneuve deftly disrupts his film’s trance-like pacing with isolated moments of intensity that serve as a constant reminder that the world of “Blade Runner 2049” is one of both serene beauty and unforeseen chaos.

“Blade Runner 2049” not only boasts some of the most impressive direction and writing of any film released this year; it also features some of the most convincing and emotionally affecting performances one is likely to ever see in a sci-fi action film.

Gosling, in particular, is stellar as K, whose self-doubts begin to manifest themselves as he uncovers some startling secrets about the replicants he’s been instructed to retire. Being a replicant himself, Gosling injects an overall sense of emotional detachment into his character that intermittently dissolves into moments of painfully human vulnerability.

Ford’s much-anticipated return to his iconic role as Rick Deckard is also a highlight, as the legendary actor brings a newfound sense of melancholy regret to his character. Although he is afforded much less screen time than Gosling, Ford makes full use of what he’s given by adding nuance and depth to Deckard.

Newcomer Ana de Armas is another standout as K’s computerized companion Joi, as is Sylvia Hoeks as the terrifying villain Luv.

“Blade Runner 2049” is not only one of the best films of the year; it’s also likely to be remembered as one of the greatest sequels ever made. The film succeeds on nearly every level, serving as a fitting tribute to an already iconic film, as well as a necessary expansion of the original movie.

Thanks to gorgeously composed visuals, a heartbreakingly human story and emotionally stirring performances, “Blade Runner 2049” is truly a landmark piece of filmmaking that also serves as a deeply moving exploration into our own humanity.