Breast cancer campaigns do little to help cause 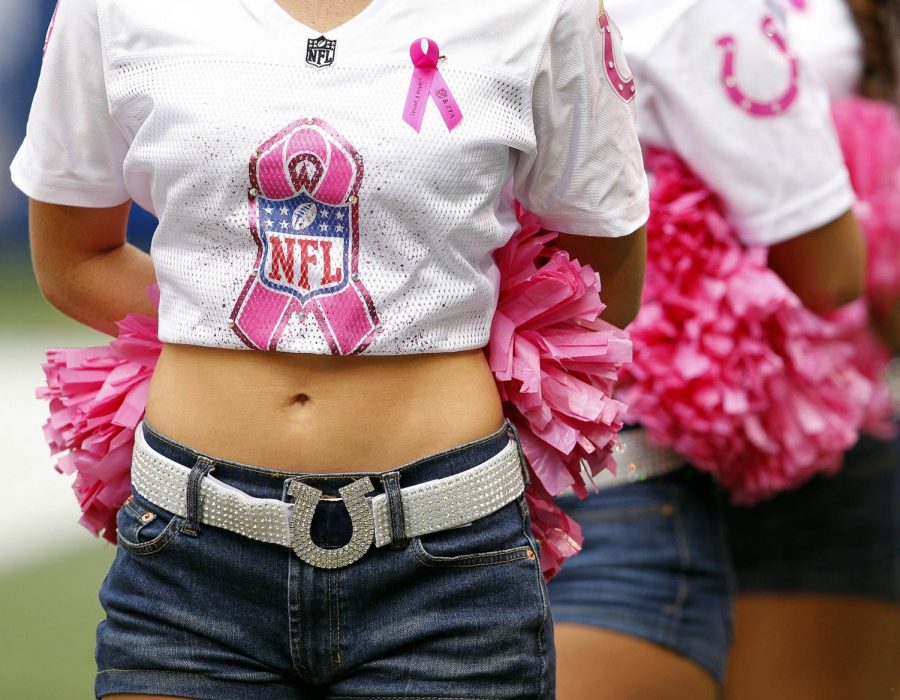 Opinion columnist Abbi Cobb takes a look at the validity of some notable breast cancer campaigns, such as the NFL's annual awareness effort.

According to the American Cancer Society (ACS), one in eight women will develop breast cancer at some point in their lives. For 2017 alone, the ACS estimated that 252,710 new cases would be diagnosed and 40,610 women would die from it.

It’s important to note that breast cancer does not only affect women, though the vast majority of the disease’s victims are women.

These statistics are alarming. They indicate a very real threat to the lives of thousands of women annually. And what are we doing about it?

As consumers and as friends and family of those that have been or will be diagnosed, what are we actually doing about breast cancer prevention, treatment, and awareness?

It is October after all, and there’s no better time to critically evaluate our performance on protecting the women we care about.

Every year around this time, there are intense international campaigns that aim to raise awareness about breast cancer detection or advocate for donating money to fund research.

Companies have done this using multiple different strategies, several of which emphasize saving the “tatas” or saving “second base.”

While I understand that many individuals, both men and women, whose lives are affected by breast cancer find comic relief in these campaigns, others perceive these slogans as demeaning and painfully dismissive.

For the latter group of people, breast cancer awareness has a lot more to do with saving the lives of women everywhere through prevention and education and less to do with sparing women’s body parts for sexual pleasure.

Every year the NFL, an industry well-know for its advocacy during the month of October, shows off athletes adorned in pink uniforms. You may even know someone that’s given in to buying some of the breast cancer-associated NFL merchandise that is so widely accessible during this time each year.

But how much good does this particular campaign actually do? According to the Think Before You Pink campaign, the answer is very little, aside from these men looking like stylish philanthropists.

And even beyond doing little to help the cause, some advocates suggest that the NFL’s campaign is particularly problematic. Donations coming from NFL teams go toward funding annual screenings, not diagnostic screenings. These are different.

One saves lives, and the other does not. Public service announcements involving players and coaches are also notorious for propping up the importance of annual screenings, despite this advice being outdated and largely unproven.

What does the NFL’s “A Crucial Catch” campaign have in common with Susan G. Komen’s “Save Second Base” t-shirts? They are there to increase profit and awareness of their own multi-million and billion dollar industries.

Instead of reckless and unhealthy, capital-motivated campaigns, breast cancer fighters and survivors could use a couple of things that would be relatively easy to deliver upon.

First, universal access not only to diagnostic exams, but also to treatment could save a lot of lives. Second, a PSA emphasis on prevention measures based on the research findings that we already have at our disposal could prove effective.

Continued funding for research purposes is vital, but it’s also important to keep in mind that we’ve made leaps and bounds in terms of what types of chemicals, foods, pollution, behaviors, etc. that we know lead to cancers.

This information can and should be turning into action more often than what we’re seeing.