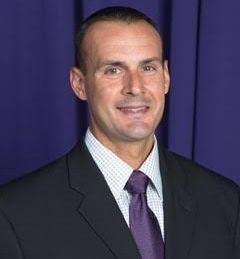 “Sports do have a risk of injury,” said Don Bishop, UNI’s director of athletic training services. “One of the key things to have in place is having trained personnel on hand to help prevent, treat and care for any problems.”

In today’s sports, the threat of injury can petrify an athlete. How long will they be out? When can they come back in the game? Some injuries, however, have much more serious repercussions than some time off the field.

One of the biggest injury fears in sports today is the development of Chronic Traumatic Encephalopathy (CTE). This disease has gained  widespread attention in professional sports in recent years.

This degenerative brain disease is caused by repetitive head trauma in sports. CTE and the damage it causes to the brain can have far-reaching consequences, as documented in the deaths of several athletes, including former New England Patriots tight end Aaron Hernandez and longtime NFL safety Dave Duerson.

Several athletes have even considered early retirement from the games they love to prevent further damage to their brains, such as San Francisco 49ers linebacker Chris Borland, who said an emotional goodbye to the game at age 24.

Symptoms of this disease have included impulsive behavior, emotional instability, short term memory loss and, most striking of all, suicidal thoughts or behaviors.

Both Hernandez and Duerson were found to have had this disease only after they committed suicide in 2017 and 2011, respectively.

CTE isn’t just an issue isolated to professional sports; it also ranges across the sports spectrum, even to college. In a July 2017 report by the Journal of the American Medical Association, 48 out of 53 brains of deceased former college football players were found to have had CTE.

This raises many serious questions. Is playing college sports too dangerous? Does the game need to be improved to make it safer?

Allison Gottschalk, a senior athletic training major who has served as a trainer for the UNI athletic department for the last three years, explains how she has developed symptoms of CTE after suffering a concussion while playing volleyball years ago.

“It can’t be diagnosed until you’re deceased and they do an autopsy. They have a list of symptoms that range from irritability, aggression and speech and language difficulty,” Gottschalk said. “I think you should be taught to play safely when you start playing a sport rather than learning the skills beforehand.”

Throughout the sports world, many new changes have been made to help promote safe play, as well as protect athletes from injury.

“We take concussions super seriously. There’s nothing we can do about CTE — it’s more of the concussion aspect of it,” Gottschalk said about athletic training. “We usually do a baseline for the athletes before their sports season so that if a concussion occurs, we can compare the two baselines. I think it’s important to talk to the team before the season and let them know this is what a concussion is and [that] this is what can happen to you.”

Several new rules and safety measures have been passed in recent years to help protect the body.

“New innovations are being researched and developed that may be of help — innovations to headgear, helmets, neck stabilization, mouth guards and field turfs that seek to minimize the trauma on the human brain,” Bishop said.