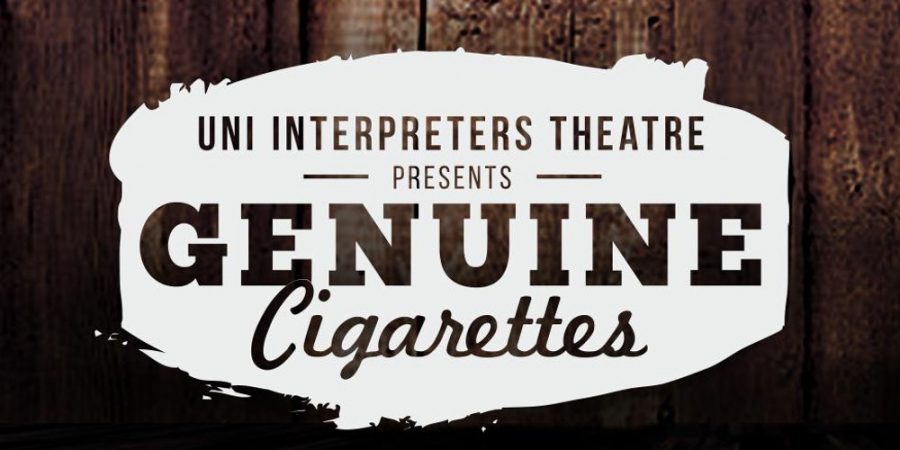 The UNI Interpreters Theatre's "Genuine Cigarettes" will premiere this Friday, Nov. 10, at 7:30 p.m.

UNI Interpreters Theatre will be presenting a scripted reading of “Genuine Cigarettes,” written and directed by Kelso Breitsprecher on Friday, Nov. 10 at 7:30 p.m.

“The story is centered around this guy named Ian,” Breitsprecher said. “He is a college dropout and is becoming a raging alcoholic. He has some mental health problems, and just got out of a relationship and is still being haunted by a former relationship.”

“Genuine Cigarettes” takes place from when Ian arrives at the local bar until he leaves, after all of his issues have begun to pile up.

The script serves as a one act play without intermission, and has a running time of about an hour.

Breitsprecher, a UNI student studying theatre performance, was inspired to write the story after dealing with some issues in his personal life.

He made the decision to perform the work as a scripted reading instead of a play because of the interest of time, and because Breitsprecher hopes that the scripted reading will serve as an opportunity to hear his play aloud so he can make adjustments to it.

“Staged reading means that basically we have two days of rehearsal, and we go over the script and get a feel for it and talk about how we’re going to go about reading the script in front of the audience,” Breitsprecher explained.

He said that the actors will have the scripts in front of them and will read them in a theatrical manner while acting.

“There’s no set, but it’s still definitely something you’ll want to see.

“I hope people get out of it that there are certain things that are very hard to talk about in everyday life, whether that comes to mental health, relationships, alcoholism, dependency,” Breitsprecher said. “These things need to be talked about even though they are hard and even though they are uncomfortable.”

He said that it is important to talk about these issues because it can save a person’s life.