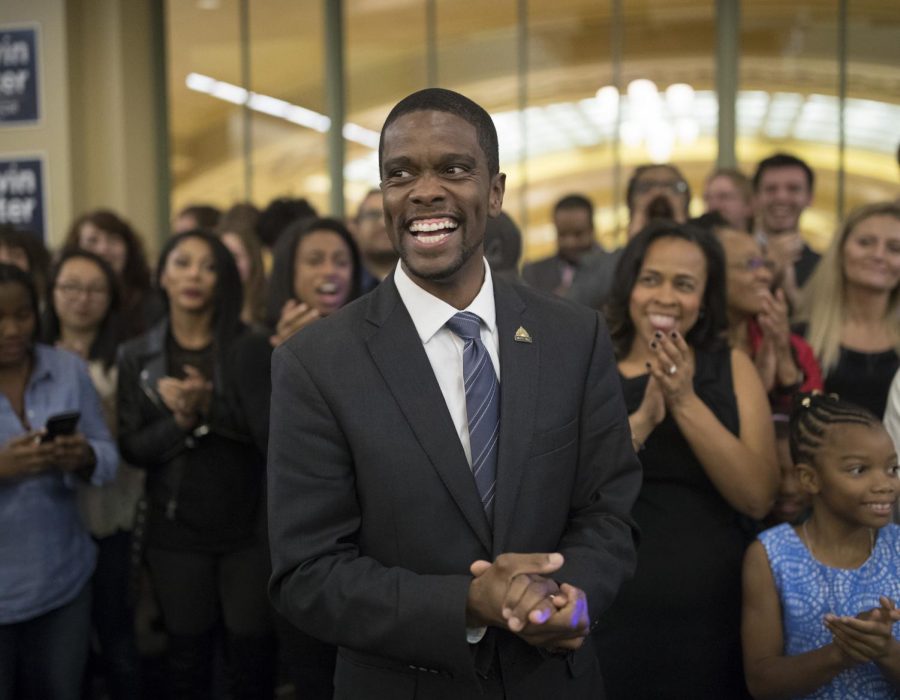 Opinion columnist Abbi Cobb recaps Tuesday’s state and local election results, which saw many Democratic candidates come out on top in elections at every level across the country. Pictured above is Melvin Carter, who became the first black mayor of St. Paul, Minnesota on Tuesday.

It is a strange feeling to be blindsided by a restoration of hope. This week’s state and local elections did just that for me.

In my mind, the election results that the United States saw Tuesday night combined to create a reactionary clarification of true mainstream values regarding fellow Americans’ life, liberty and happiness. That evening and these public officials embody a preliminary redemption.

Beyond clarifying the nation’s ability to just elect decent human beings that lead without playing on paranoia and prejudice, Tuesday’s results also increased representation of the nation’s most marginalized identities.

Just in case you managed to miss it, progressive and Democratic candidates wiped out Republican candidates and incumbents in elections at every level and in every branch of state governments across the nation.

Vi Lyles is the first black woman to become the mayor of Charlotte, North Carolina.

Fifteen unapologetic socialists won various races Tuesday night, bringing the total number of socialist public officials to 35 in the United States. Ross Grooters of Pleasant Hill, Iowa is among those elected this week.

The first-ever mayor of recently-established city Framington, Massachusetts is a black woman by the name of Yvonne Spicer.

Furthermore, I consider Tuesday’s results as demonstrating a series of warnings.

A certain message was sent to the recently emboldened bigots and supremacists among us, and I hope that message is received with fear because a sort of revolution is bubbling up from the bottom up.

That much is very apparent.

And while these socially progressive victories are absolutely a cause for celebration, constituents must not let the success distract themselves or their representatives from the work that’s to be done.

Maintaining this momentum is going to require some effort from more voters than women of color, as they’ve largely carried the weight that’s resulted in Democratic success in the last two election cycles.