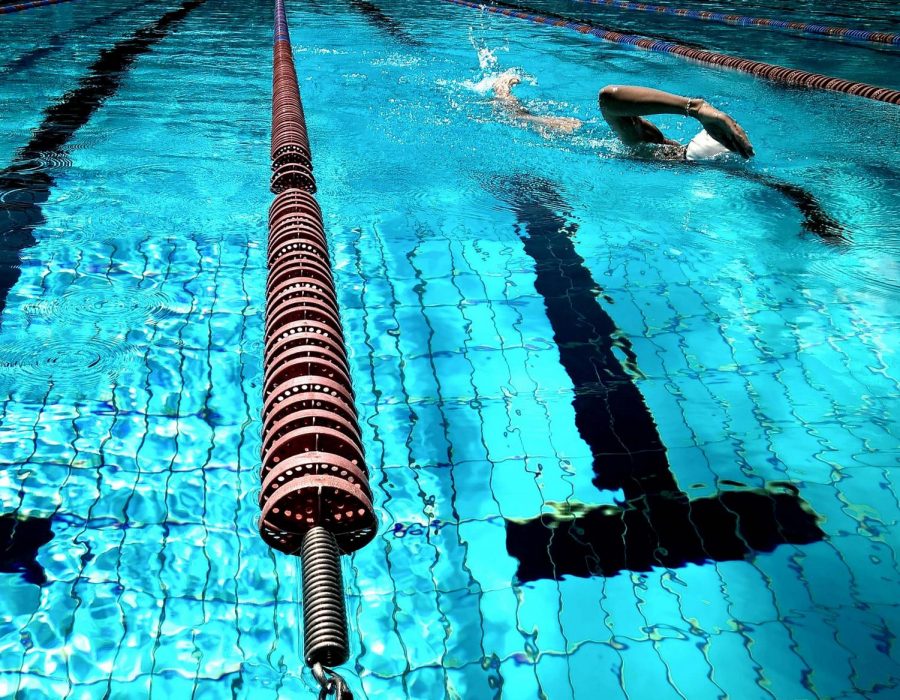 The UNI women’s swimming and diving team brought both their dedication and their “A game” to the pool. The Panthers faced off against a series of stiff challengers in their final meets before the holiday break.

On Oct. 27, the purple and gold traveled to Vermillion, South Dakota to take on the South Dakota Coyotes. Sophomore Katie Taylor led the way, taking first place in the 100 backstroke, 200 individual medley and the 200 backstroke, where she broke the University of South Dakota’s (USD) pool record, swimming with a time of 2:14.87.

The trio of Kylie Engelstrom, Jordan McCullough and Anika Lillegard-Bouton swept the 400 freestyle, while Engelstrom also took home another distance event win in the 800 free. By the end of the meet, UNI had claimed victory in 12 of the 16 events, winning by a score of 178-122.

The Panthers were scheduled to face the South Dakota State Jackrabbits the next day in Brookings; however, due to pool equipment failure at Stanley J. Marshall Center Pool, the meet was postponed to a later date, which is still to be determined. This was to be the first meet for the Panthers against their previous head coach Doug Humphrey, who left UNI to coach the Jackrabbits last spring.

UNI returned home on Nov. 4 to take on the Nebraska-Omaha Mavericks. Junior Crystal Florman took first in the 100 butterfly, swimming 57.49. Katie Taylor and junior Madison Rinaldi finished back to back first and second in the 100 backstroke. Engelstrom and Lillegard-Bouton posted the second one-two finish of the day in the enduring 1650 freestyle.

In the diving well, freshman Izzy Bunchek claimed victory in the one-meter springboard with a score of 245.00, while junior Alyssa Deuso finished second in the three meter, posting a 243.10 score. The purple and gold walked away from the pool deck with a 189-111 win over the Mavericks, their third dual meet win of the season.

After the meet, head coach Nick Lakin praised his team’s hard work ethic, saying, “Our young women continue to make improvements and focus on the details that we need to be successful as the season progresses.”

In their final competition before the holidays, UNI traveled to Lawrence, Kansas for the three day Kansas Classic. There the Panthers finished in fourth place out of six teams, finishing ahead of conference foe Arkansas, Little Rock and just behind in-state rival Iowa State.

Taylor tied her own school record in the 200 backstroke, swimming 1:57.20. Florman took home two wins in the 100 freestyle and 100 butterfly, while Engelstrom, McCullough and Lillegard-Bouton all managed to pick up points in the 1650 freestyle. Florman and Taylor were both named to the All-Invitational team, while Taylor was named the Most Valuable Swimmer of the meet.

UNI will return to action on Jan. 12 as they host the Iowa Central Tritons and the Loras College Duhawks at 5 p.m. at the Glen F. Henry Pool in the Wellness-Recreation Center.