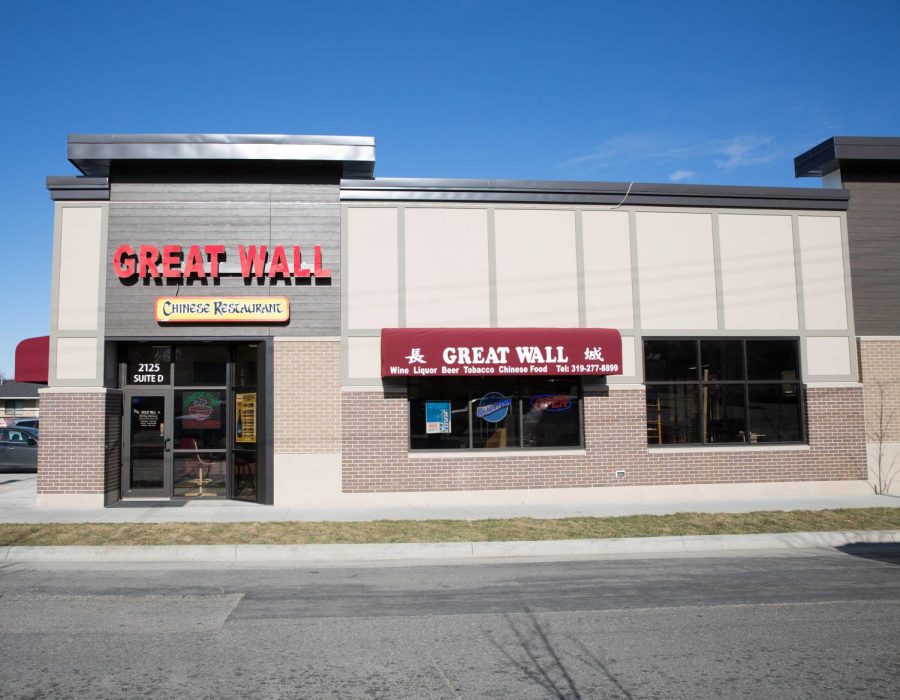 The burning of Great Wall Chinese Restaurant came as a shock for many in April of 2016. However, what began as a disaster for several businesses on College Hill ignited a new wave of construction and enterprise.

Since the catastrophe, there have been changes to old storefronts, as well as new additions that have brought a fresh face to College Street.

After the fire, the building that originally housed the Chinese restaurant was torn down and in its place a new retail space was built. The commercial structure accommodates four spaces in total, leaving room for three other tenants.

According to Wendy Zheng, the owner of Great Wall, a smoothie shop will be moving into one of the empty spaces soon. As of press time, it is not clear as to what will fill the other two vacancies.

With the reconstruction and reopening of Great Wall, Zheng said she brought a few changes to the store, including the sale of liquor, beer and cigarettes. Although Zheng said this new addition to her store has proven successful, she admitted that some theft has occurred because of these newly featured products.

In addition to new commercial spaces, the Hill has seen some old businesses either leave the area or shift around. Regardless, storefronts have remained filled.

Little Bigs, a bar that sits on the east side of College Street, was one of the first changes seen in 2016. Replacing Beck’s Sports Grill, Little Bigs serves as both a restaurant and bar.

Along the same side of the street, Sub City recently relocated, moving three spaces over to the corner of College and 23rd Street.

A new tobacco shop also joined the scene in August of this year. Up In Smoke, owned by Omer Noorwala, provides locals with an opportunity to hang out on the Hill.

“People can have a seat on the couch,” Noorwala said. “We have a PlayStation 4 to play videogames, free Wi-Fi, listen to music [or] play whatever they want to. It’s pretty cool.”

The new shop’s arrival to the Hill has gone well, according to Noorwala.

“The majority of the clients are students, like 70 percent, 30 percent locals — people from Waterloo, you know,” Noorwala said. “This is just a brand-new business, so it takes a while for people to get to know us.”

As many were upset to see La Calle Latin American Bistro leave the Hill, a new business quickly moved in, giving locals a fresh dining experience. Milkbox Bakery opened their doors in April of this year.

Milkbox owner and operator, Andrea Geary, said the business has been in operation for over a year but that they outgrew their previous space.

“The kitchen got too small, and I was spending too much time doing deliveries,” Geary said. “So, this is just a better option.”

In addition to providing customers with traditional bakery items, such as breads and pastries, Milkbox also serves coffee and soup. Geary described her demographic as “people who love good food made from scratch.”

More dining options can be anticipated in the area soon, according to Ryan Kriener, managing member of Urban Flats, the newly established apartments located on 23rd Street near University Book & Supply.

Kriener said a new restaurant will fill the space on the ground level of Urban Flats by January of 2018.

Kriener also said all the units in the building were full this year and he anticipates no vacancies for the next academic year.

“For 2018-19, there is still one three-bedroom that is available, but we don’t expect that to take very long,” Kreiner said. “The entire building will be occupied.”

Another project Kriener is managing on the Hill is a five-story apartment complex known as the Landing. Set to commence in late 2018, the building will house retail space, of which Kriener predicts will include another restaurant.