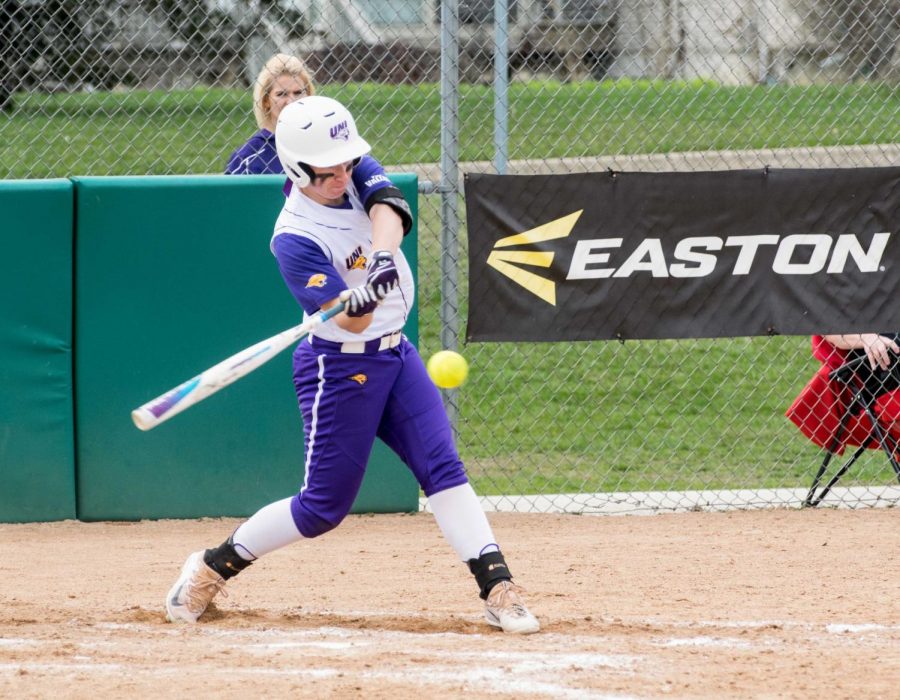 The UNI softball season is just around the corner. Coming off a 33-19 campaign where the Panthers went 20-6 in Missouri Valley Conference (MVC) play and finished as regular season champions, the purple and gold are gearing up for another successful season on the diamond.

UNI returns with a handful of starters from 2017, when they fell two runs shy of a conference tournament crown. Sophomore infielder Sammy Bunch leads the Panthers in batting, as well as in doubles, triples, home runs (seven) and runs batted in (32).

Additionally, sophomore infielder Ashley Chesser comes back to the plate leading the team with a batting average of .340. As for getting on base, that’s no problem for senior first baseman Kennedy Bailey, who found herself on base 43.6 percent of the time. On the mound, sophomore Jaclyn Spencer takes control of pitching, following a 2017 season with a 2.51 earned run average, 14 wins in 29 games, 147 strikeouts and an opposing batting average of .247.

The Panthers will open the 2018 season at home with the Ramada UNI-Dome Classic, Feb. 9 through 11. This unique event gives fans the opportunity to see the purple and gold play indoors on a field that is not typically played on AstroTurf.

UNI will face four teams that weekend in the Southeast Missouri State Redhawks, the Wisconsin-Green Bay Phoenix, the South Dakota State Jackrabbits and the Missouri-Kansas City Kangaroos. The UNI-Dome Classic will be followed by four additional invitational events on the road.

In-state non-conference games will include a showdown against the Iowa Hawkeyes on April 4 in Iowa City and an April 11 match-up with the Iowa State Cyclones at home.

The Drake Bulldogs will play host to the MVC Tournament this season, May 10 through 12, at Buel Field in Des Moines.