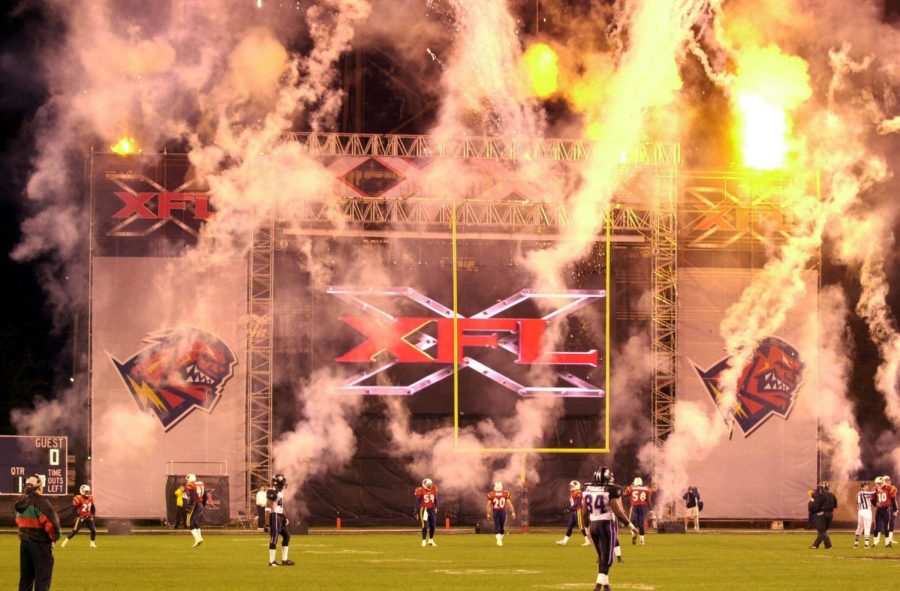 In February of 2001, days after the New England Patriots won Super Bowl XXXVI in New Orleans, Vince McMahon, owner and CEO of the World Wrestling Federation (WWF) stepped out onto the field at Sam Boyd Stadium in Las Vegas and announced to the world, “Ladies and gentlemen! This is the XFL!”

Three months later, the XFL was dead. Seventeen years later, McMahon has announced the resurrection of his infamous football league in 2020.

Many of us were just kids when the XFL first came to be, so here’s a basic overview. The XFL was originally founded at the turn of the century as a 50-50 joint venture between McMahon and NBC, led by then sports director Dick Ebersol.

The idea was to create a new league and a new kind of football that they believed could rival the NFL during their offseason. McMahon had considered the NFL to be the “No Fun League,” with various rules that made the game less enjoyable. The XFL would be the “Xtra Fun League” as he announced during the original launch.

Some of the new rules in this smash mouth league included the elimination of fair catches on kickoffs and punts, the doing away of the point after touchdown kick and, probably most well known, the scramble at the beginning of the game for possession of the ball, replacing the traditional coin flip. The XFL also served as a breeding ground for new technological innovations in sports, such as the skycam hovering above the field and more on-field access to players.

Initially, NBC and the WWF planned for at least two XFL seasons. After one year, however, the league folded in utter shame.

There were many reasons for the collapse of the league. Many saw XFL games as sensationalized WWF wrestling events that were designed for entertainment purposes, rather than actual sport. The league cheerleaders often wore scantily-clad outfits and, above all, the league simply had very bad football play.

Not much is yet known about this new XFL incarnation. No one knows where the teams will play, or who will play or coach, or even what the rules of the game will be or if any of them will even change from 2001.

Many people to this day are highly critical of McMahon and question him even being in the business of football. But I would disagree with them a little bit. While the game they played in 2001 was grotesque, the league did do some good things for people.

Countless athletes who were never quite good enough to make an NFL roster found solace playing in the XFL, even if it was for just one year. Probably the most well known XFL turned NFL star was quarterback Tommy Maddox, who was vital in helping the Pittsburgh Steelers to a Super Bowl title in 2005. Cities like Las Vegas, Memphis, Orlando, and Birmingham, which didn’t  have professional football of any kind, got to experience what it was like having a team wear a jersey with their town’s name on it.

It also gave critics of the NFL an alternative source for football. McMahon, in his opening statement of the XFL relaunch explained, “The new XFL will kick off in 2020, and quite frankly, we’ll give the game back to the fans.”

I believe that in sport, as well as in life, in second chances. While we still have to wait on several important pieces of information about this new XFL,  it will be exciting to see what its new face will look like and if it will captivate the sporting world like it hoped to do nearly two decades earlier.