Spanking is traumatic and ineffective 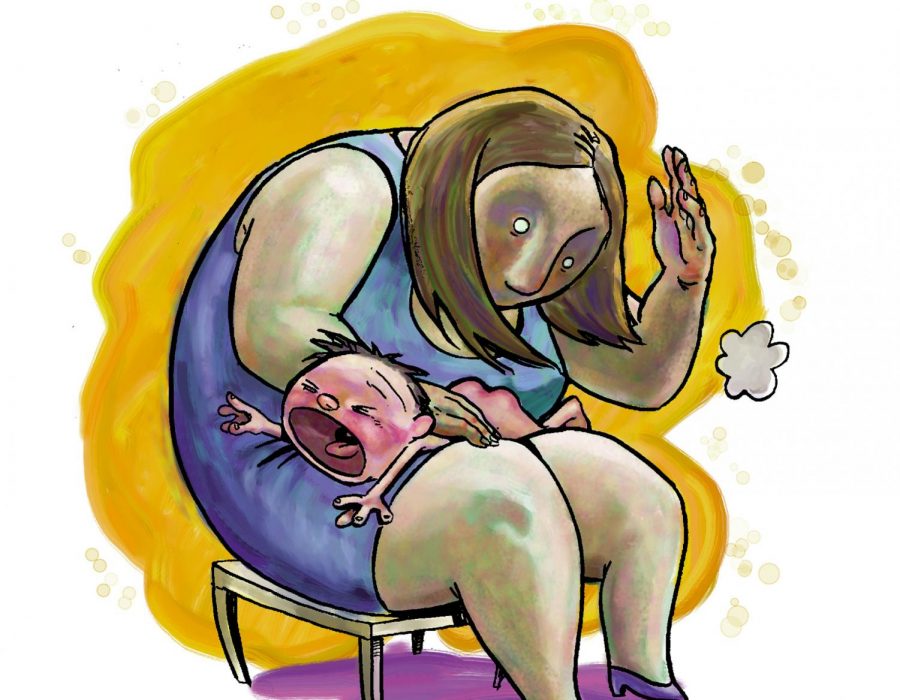 Opinion columnist Abbi Cobb criticizes spanking as a cruel and ineffective form of discipline for children.

The debate regarding the use of spanking as punishment seems to be all around me lately. From social media timelines to my family members at holiday gatherings, I’ve observed what seems to be a revival in people’s interest in its discussion.

So, here we go again.

As a child, I was spanked by my parents when disciplinary action was deemed necessary. As an adult, I understand this practice is unacceptable and has long-term consequences that extend into adulthood.

My understanding is rooted in evidence-based research. It is not a result of anecdotal accounts, though I’d be lying if I said that the trauma from both the anticipation and fleeing of a spanking does not solidify my understanding.

Research has long indicated several adverse tendencies in adults that were spanked as children.

For example, in 2016, Dr. Gershoff at the University of Texas-Austin published an extensive meta-analysis concluding that there is a correlation between having been spanked as a child and experience with anti-social behavior and abusive tendencies in adulthood.

A 2017 literature review in the journal of Child Abuse & Neglect makes the case that the effects of spanking can be likened to those of physical abuse, citing an association between spanking and substance abuse, suicidal tendencies and depressive effects.

In addition to the demonstrated adverse health outcomes from exposure to corporal punishment, the use of spanking is fundamentally counterproductive.

It’s always been my understanding that the purpose of discipline is an opportunity to teach right from wrong. Existing literature has shown that the use or presence of fear inhibits learning.

A form of discipline that induces fear is not likely to foster an environment where a child actually learns that their behavior is unacceptable. And if the child isn’t learning from the incident, one could rightfully expect to observe the behavior again.

In the event that the behavior doesn’t continue, it’s merely a result of conditioning, not truly learning why the punished behavior is inappropriate conduct.

It’s necessary to appreciate and learn from a mistake. A child cannot be expected to access empathy for their behavior’s wrongful impact when they are instinctually flooded with distress as their physical safety is threatened.

Further, the act of spanking is indisputably violent in nature. Whether it’s what one may deem a light swat or a heavy-handed use of a belt, it’s all intentionally inflicting pain on a child simply because the child somehow upset the adult.

When an adult punishes with physical force, they show the child that violence is an appropriate response to frustration.

I don’t care (and neither does objective science) about what your Bible says or how well you think you turned out despite being spanked. Corporal punishment produces near identical effects to low-grade physical abuse, because that’s exactly what it is.

And for the record, you didn’t turn out fine. You turned out to be an adult that actually believes it’s acceptable to hit a child when you’re mad.

The research is there. It’s highly accessible, right at your fingertips.

It’s time to face the fact that your parents (and perhaps you) made a mistake.