The Jewish Community in the Cedar Valley 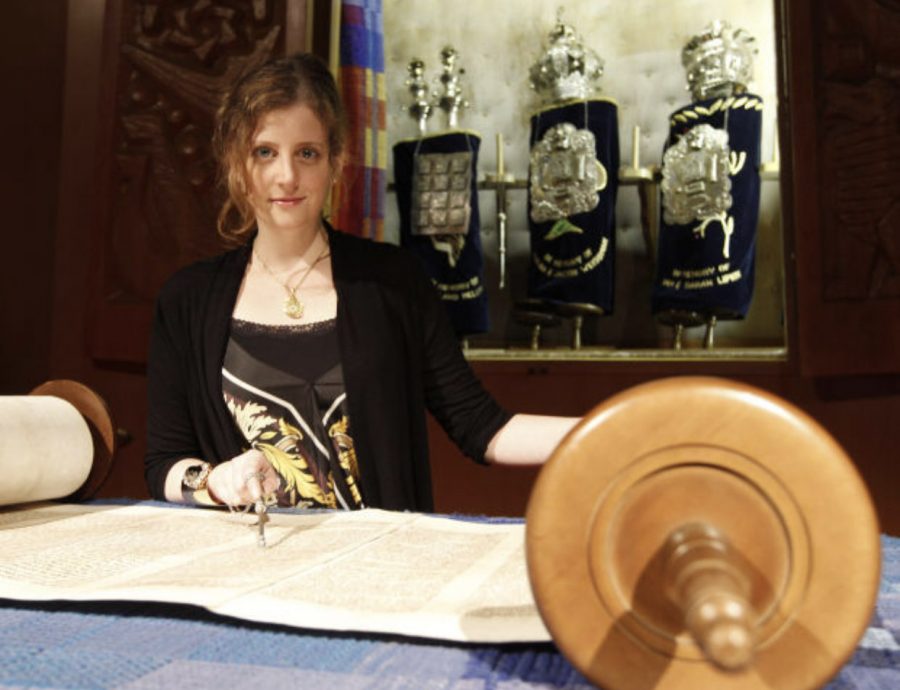 From the battered bricks of Main Street to the metallic menorah on the side of the synagogue in Waterloo, the influence of the Jewish people is deeply rooted in the cultural bedrock of the Cedar Valley, with a presence dating back over 100 years.

However, despite their contribution to the development of local businesses and establishments, the Jewish population has gone largely unnoticed over the years.

Today, there is one central synagogue, Sons of Jacob (SOJ), to accommodate the entire Jewish population in Black Hawk county. The other closest centers of worship for Jews are in Iowa City and Mason City.

Francesca Soans, associate professor of communication studies, co-directed “Waterloo: A History of Place,” a documentary that focuses in part on the history of SOJ Synagogue.

“I think the Jewish history in Iowa is generally not known, with the exception of maybe Postville,” Soans said. “But, the Jewish community has been in Iowa for a very long time, and Waterloo certainly since the mid-19th century. So, there is a rich history there that is not known.”

In spite of this rich history, the number of Jewish families in the area has shown a sharp decrease over time.

Alluding to the former grocery and clothing shops owned by Jews, which used to be common in the downtown area, Soans attributes the shrinking Jewish community to older generations passing away and younger generations choosing not to carry on the family business.

Sarah Stokes, vice president of the SOJ board, estimates the current community size to be roughly 80 to 100 families. The official temple membership is about half the size, at around 40 families, according to Stokes.

Still, the Jewish community in Cedar Falls and Waterloo remains active and engaged in both religious practices and social justice movements, and their impact can largely be felt throughout the Cedar Valley.

Erin Maidan, a Jewish Lay leader, dedicates her time to pursuing interfaith relations with local Muslim and Christian groups, as well as participating in international discourse regarding social justice.

“It is unprecedented what we can do in this town if we come together. The network is so strong, and the interfaith community is so strong,” Maidan said. “We are infinitely powerful, and once we make our partnership and come together, there is no stopping it.”

Referencing various outreach programs in which she has participated with other women of faith in the area, Maidan emphasized the importance of binding together in unity rather than accentuating the differences between people of differing faiths.

“We are one family,” Maidan said. “We do have the same father.”

According to Maidan, half of the Jewish community in the area includes interfaith families, meaning that one partner is of a different religion than the other.

Stokes acknowledged the combined effort between people in both Judaism and Islam, as well, when discussing interfaith issues.

“I have seen an increase in cooperation between Jews and Muslims, which I think is great,” Stokes said. “When you start to study it, you see how many similarities there are between the religions.”

With her main focus on peace and coexistence between and within religions, Maidan said she uses her resources to educate people on faith, tolerance, peace and justice.

In addition, Maidan went on to discuss the unique challenges that Jewish women face today.

“When you are a female Jew is this state, what other option do you have? Unfortunately, we are put in that spotlight whether we want it or not,” Maidan said. “You know, it’s just that we are going to be in that spotlight. We can use it to shed light on things, but there is no getting out of that spotlight.”

Urging people to “think global and act local,” Maidan said she chooses to partake in social justice issues not because it is political, but because it is what is right.

“I want people from UNI to know that we are here, we are active, that we are engaged in social justice,” Maidan said. “You may not know our names or our faces, or know us as Jews when you see us, but we are out there fighting for you, too.”

Commenting on the absence of a Hillel House (the Jewish organization for on-campus worship centers), Stokes said she does not see enough interest for UNI to support one.

“I think if there was a market for it, there would be a Hillel here,” Stokes said. “I don’t think there is any sinister reason why there isn’t one, other than there aren’t any Jews. You can’t have a Hillel House with two students; it just doesn’t work.”

In the past, there have been numerous outreach attempts made by Jewish community members to connect with people on campus.

Engagement events, such as tabling in Maucker Union during Chanukah, holding seminars about Judaism or hosting festivals centered around Jewish food and culture have been successful means of reaching out to younger community members, according to Maidan.

With no on-campus ministry equivalent to attend at UNI, however, Jewish students who are seeking support or places of worship must look elsewhere in order to find the resources they need.