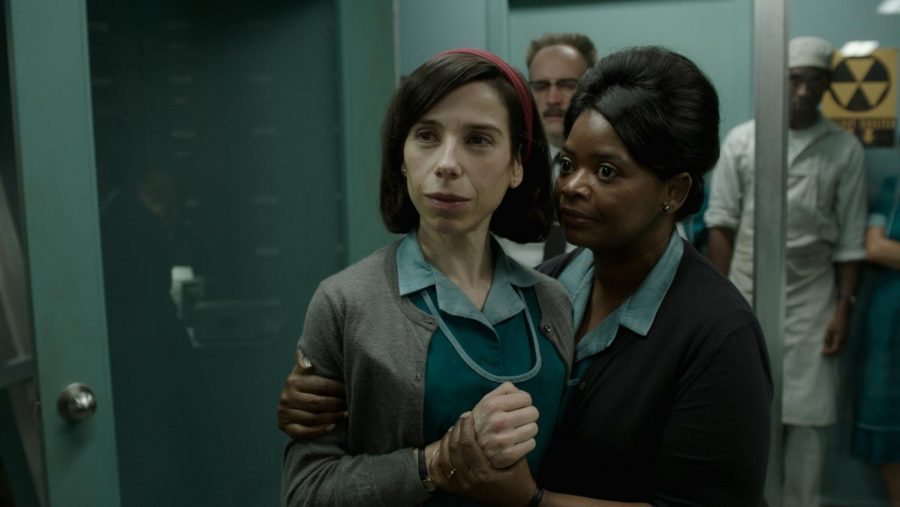 This Sunday, March 4, the world will be watching as the best films of 2017 will be honored (and likely snubbed) at the 90th Academy Awards. In preparation for Sunday’s big night, I’m providing a recap of the nine nominees for Best Picture. What follows is a ranked listing (in descending order) of my favorites to win the coveted top prize.

Following British Prime Minister Winston Churchill in the days leading up to the famed evacuation on the beaches of Dunkirk, “Darkest Hour” largely serves as a platform for Gary Oldman to showcase his jaw-dropping transformation into the beloved British leader.

Sadly, outside of Oldman’s impressive performance, “Darkest Hour” offers little in the way of strong character development or storytelling, making it one of the least likely contenders for Best Picture.

Thanks to Luca Guadagnino’s assured direction and a memorable performance by Timothee Chalamet, “Call Me by Your Name” succeeds as an enjoyable coming-of-age drama.

Set against the sun-drenched backdrop of Northern Italy in 1983, Guadagnino’s film tells the story of 17-year-old Elio and his romantic relationship with Oliver, a man studying under Elio’s father, during his summer vacation.

Unfortunately, “Call Me by Your Name” fails to truly differentiate itself in this year’s Best Picture category, as the film too often relies on its coming-of-age genre trappings and rarely achieves the same level of emotional resonance that most of the other nominees possess.

Featuring typically gripping performances by Tom Hanks and Meryl Streep, a taut and tightly constructed screenplay and some of Steven Spielberg’s best directing in recent years, “The Post” succeeds as both an enlightening history lesson and as a suspenseful political thriller.

Still, despite the film’s technical mastery and thematic poignancy, Spielberg’s film simply plays it too safe to stake a realistic claim for Best Picture on Sunday night.

Jordan Peele’s breakthrough film is as bitingly funny in its satire as it is absolutely terrifying in its horror. “Get Out” centers on Chris, a black man whose introduction to his white girlfriend’s extended family reveals some truly dark and disturbing secrets.

While not quite enjoying the status of cinematic masterpiece that many critics have erroneously assigned it, “Get Out” is still an incredibly impressive directorial debut for Peele and a near flawless horror film, as well.

In short, “Get Out” is certainly a deserving contender for the Best Picture crown, and, while not likely, a victory here would undoubtedly be a historically and culturally significant moment.

With themes of retribution and redemption coursing through its deceptively simple story, “Three Billboards Outside Ebbing, Missouri” offers a wholly satisfying depiction of loss and the often unexplored aftershocks that follow.

The film follows Mildred Hayes (played by a fiercely committed Frances McDormand) — a mother who purchases three billboards outside the titular town that are emblazoned with messages questioning the local police officers’ efforts to solve her daughter’s rape and murder.

“Three Billboards Outside Ebbing, Missouri” succeeds on multiple emotional levels, and its deft blending of dark humor with moments of unspeakable sadness make it a worthy contender for Best Picture this year.

The most commercially successful film on this year’s list of nominees, director Christopher Nolan continues his long streak of quality blockbusters with perhaps his most daringly original one yet.

A typical war movie on the surface, “Dunkirk” is anything but, as Nolan opts for hyperrealism and gritty authenticity over cheap romanticism.

The films’ subject matter lends itself to Nolan’s refusal to romanticize wartime atrocities, as the film follows the famed evacuation of Allied soldiers during World War II. The mere fact that “Dunkirk” dares to recount a retreat, rather than a rousing victory, is a testament to Nolan’s boldness as a storyteller.

Greta Gerwig’s solo directorial debut is both an incredibly charming and surprisingly moving coming-of-age tale that focuses on the struggles of adolescence and all the messy familial drama that comes with it.

The film revolves around Christine “Lady Bird” McPherson, a high school senior who aspires to leave her Sacramento home to attend college in New York amidst a turbulent relationship with her mother.

Gerwig clearly took inspiration from her own life experiences when writing and directing “Lady Bird,” resulting in a thoughtful and thoroughly enjoyable treatise on the complexities of youth that is just as autobiographical as it is universal.

Set in the couture culture of 1950s London, “Phantom Thread” follows revered dressmaker Reynolds Woodcock as his neurotic preoccupations begin to unravel in an unexpected romance with waitress Alma Elson.

In what has been widely promoted as his final film role, Daniel Day-Lewis delivers a characteristically committed performance in writer-director Paul Thomas Anderson’s latest masterwork, which also offers an exquisitely penned screenplay, mesmerizing direction and a haunting score.

All told, “Phantom Thread” is an unceasingly thought-provoking character study that dares to redefine commonly accepted notions of love and self-sacrifice — all the while subverting viewer expectations by allowing its central romance to beautifully fall apart at the seams.

Despite being one of the least conventional love stories of the past year, Guillermo del Toro’s “The Shape of Water” may, in fact, be the most emotionally affecting.

The film follows a mute custodian at a research facility who falls in love with an amphibious man, referred to only as “The Asset” by the high-ranking government officials who captured him.

The care with which del Toro constructs his narrative and shapes his protagonist ultimately results in a stirring romantic drama that redefines what it means to love and be loved — easily making it my top contender for Best Picture of 2017.