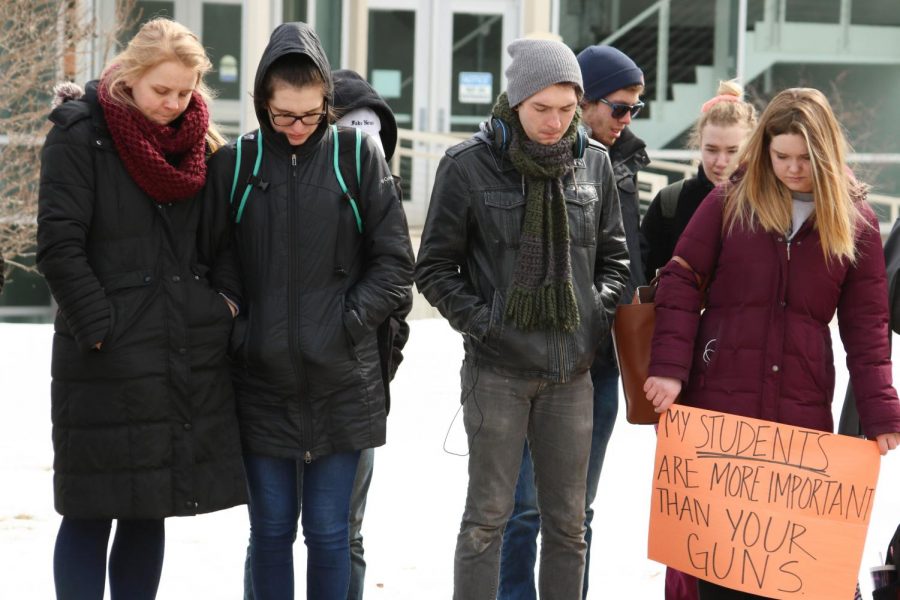 Opinion columnist Albie Nicol discusses the recent responses in the media following the Parkland, Florida shooting that have called for arming teachers across America.

The only thing Americans seem to agree on following the horrific school shooting at Marjory Stoneman Douglas High School in Parkland, Florida, is the fact that it was a tragedy and shouldn’t have happened in the first place.

17 civilians are dead and 15 more were sent to the hospital because of this tragic event, and yet legislators on both sides of the aisle can’t come to a feasible and practical solution to the gun control situation in America.

As a future educator, I’m appalled by the responses I’ve seen in the media saying that a good teacher with a gun could stop a ‘bad guy’ — a.k.a., a school shooter with a gun.

First of all, I will never carry a gun.

I will never shoot a gun. In or out of my profession, it’s against my morals. I would do almost anything to protect my friends, family and students — except for owning and knowing how to shoot a gun.

Teachers have enough on their plates as is. Parents and principals expect teachers to be more than just an educator of children. They expect us to be teachers (obviously), coaches, supervisors for extracurricular activities, part-time parents, tech experts, mentors and fundraisers.

Right-wing civilians and legislators across America now seem to think adding ‘gun-slinger’ to the list makes sense and will prevent mass death in the event that a shooter should enter my classroom.

But what good does a gun do, hanging on my hip, if I refuse to ever use it? None.

A lot of people deal with mental health issues such as depression and anxiety, but a lot of people who deal with those issues live their whole life without devastating a hundred other lives by way of a school shooting, or a mass shooting in general.

Educators are trained on the warning signs of mental health and learn how to spot a student who is struggling with it. However, although we can often spot something and help a student get the help they need in a timely manner, that’s not always the case.

And even if we do get a student the help they need, how often does it continue to help them?

Are we to blame if we miss one student, one warning sign? Saying the gun issue is based on the mental health issue blames, in a long-distance way, teachers for failing to spot these warning signs.

Blaming gun violence on mental health alone is simply inaccurate and detrimental to the fight for more gun control and less mass shootings.

In short, we, as a country, need to find a more effective and thorough solution to the lack of gun control in America.

I understand we have a sad little thing called the Second Amendment, but that was made for a country born a long time ago — a country that has grown out of the foundations it laid for itself.

It’s time to crack down on gun control, without arming our teachers.