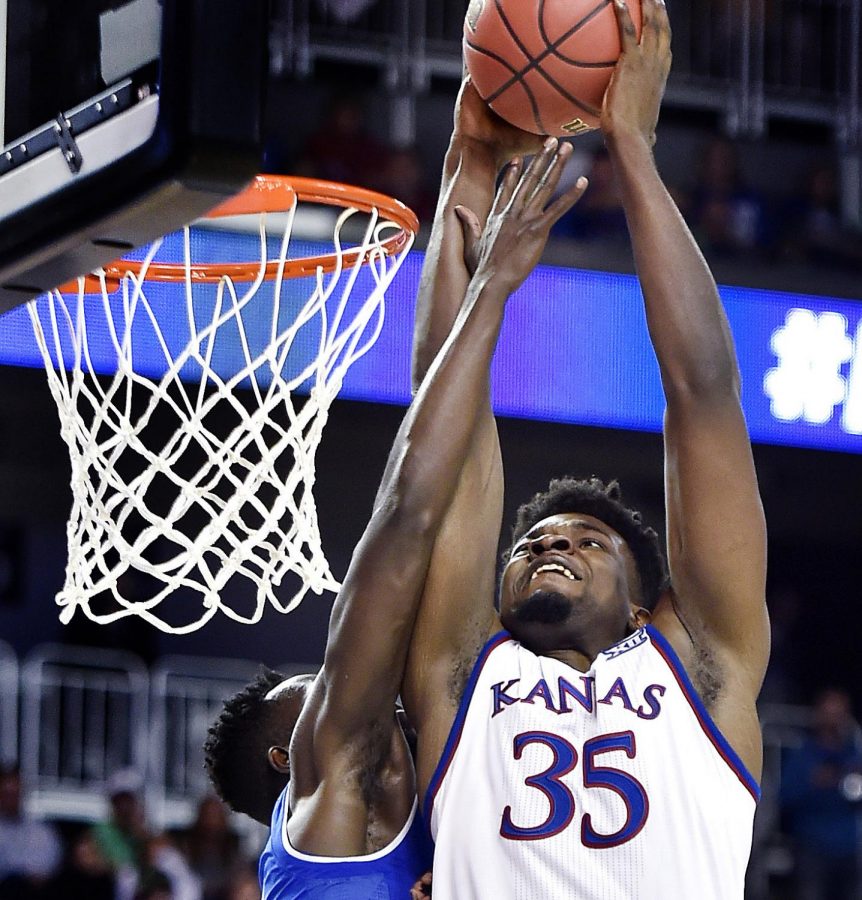 After the first two rounds of this year’s NCAA men’s basketball tournament, a number of brackets have likely been devastated.

The 79th edition of college basketball’s largest tournament has taken us down a crazy path in its first four days alone, more chaotic than anyone could have ever imagined.

The south, considered by many basketball analysts to be the most difficult corner of the bracket, has seen some shocking upsets thus far.  Missouri Valley Conference (MVC) champion Loyola-Chicago upset sixth seeded Miami to make the round of 32, then stunned SEC powerhouse Tennessee on a jumper to advance to their first Sweet Sixteen since 1985.

After trailing behind Cincinnati by 22 points in the second half, seventh seeded Nevada came back to take down the south region’s second seed, 75-73.

Considered to be the greatest upset in tournament history, the sixteenth seeded Retrievers of Maryland, Baltimore County pulverized the tournament’s top overall seed Virginia by 74-54, becoming the first 16th seed to defeat a one seed. Did anyone else see this?

In the west region, ninth seeded Florida State rallied to knock off the top seed in their region, the Xavier Musketeers, who finished the year 29-6 and as Big East Conference regular season champions. Just when everyone thought the Michigan Wolverines were finished, it was freshman guard Jordan Poole who nailed the awkwardly shot three point bucket that propelled the Big 10 tournament champions past Houston by one point.

And while many thought reigning national champions North Carolina would make a deep run, they were stopped in their tracks by the Texas A&M Aggies, who knocked the Tar Heels out of the big dance by 21 points.

The east hasn’t seen too much excitement. Fans of Marshall University rejoiced as their fourteenth seeded Thundering Herd took down fourth seed Wichita State in the first round. Additionally, Texas Tech, considered to be a sleeper team by many, slipped past Florida 69-66 to advance to the round of 16 for the first time since 2005.

In the midwest region, two storylines dominated the weekend first, the continued struggles of the Oklahoma Sooners. OU entered the season with high hopes with star freshman guard Trae Young and began with a 12-1 record. Then, once the calendar flipped and 2018 began, the Sooners fell apart, winning only seven of their 18 games in 2018.

Still, they snuck into the field of 68 teams before falling to tenth seeded Rhode Island in the first round. As for Trae Young, he now plans to enter the NBA Draft, where he is projected to be a top 10 pick.

The other big story is the Syracuse Orange. Syracuse made the field having to play in the First Four round of play in games as an 11th seed. After getting past Arizona State in the First Four, few gave them a chance against Texas Christian University. Yet, the Orange snuck by into the next round where, against the Big 10 power of Michigan State, they rallied for another tight victory and another Sweet Sixteen appearance for head coach Jim Boeheim.

52 down, 16 left. Who will survive this weekend’s Sweet Sixteen matchups and subsequent Elite Eight games? Who will go to the Final Four in San Antonio? Based on the perennial powers remaining in the bracket, and the teams that have hot as of late, I foresee Kentucky, Michigan, Purdue, and Duke playing in the Alamodome on March 31.