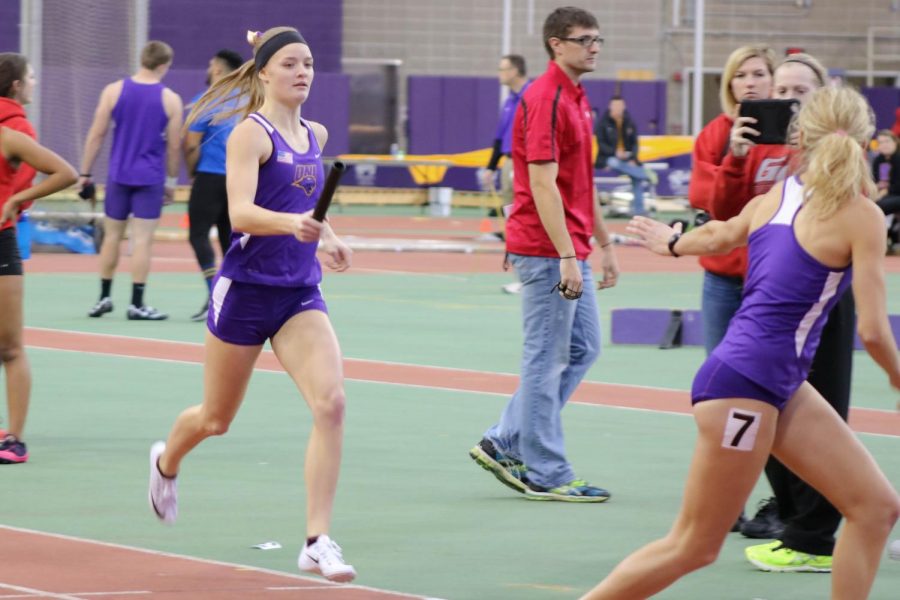 Athletes from nine Missouri Valley Conference (MVC) teams gathered on Feb. 24 through Feb. 25 in the UNI-Dome for the MVC Indoor Track & Field Championships. By the end of the two-day event, Panther runners, jumpers and throwers amassed an impressive performance with 23 All-Conference recipients, with the women’s team taking third, and the men finishing fourth.

The Illinois State Redbirds took both the men’s and women’s team titles.

On the women’s side, senior Brette Correy clinched her second straight title in the 800 meter dash in 2:09.82, a four second drop from her preliminary heat time.

Maria Gonzalez and Kassidy Sharp went back to back to take second and third in the high jump. The 4×400 meter relay of Maddie Bell, Maddie Irmen, Brette Correy and Jolissa Kriegel finished fourth with a time of 3:52.94.

For the men, freshman Isaiah Trousil took fourth in the 60 meters with a time of 6.86, just 0.3 seconds off from the UNI school record. Evan Long, Jacob Smith and Jojo Frost finished third, fourth and fifth, respectively, in the 400 meters.

Senior Jordan Pingel ran a 1:55.64 in the half mile, and junior Cole Philips clinched fourth in the 60 meter hurdles, clocking in at 8.09.

“They showed that championship competitive effort that we talk about,” said head coach Dave Paulsen during a press conference on Feb. 26. “We’re gonna build on this heading into the outdoor season.”

With the indoor season now in the books, the Panthers turn their attention from the indoor track in the UNI-Dome  to the Mark Messersmith Outdoor Track and Field Complex.

The first outdoor competition of the season for the Panthers will begin today as the purple and gold travel to Waverly for the Wartburg Outdoor Select Meet. Some athletes will travel to California for the weekend for the Stanford Invitational.