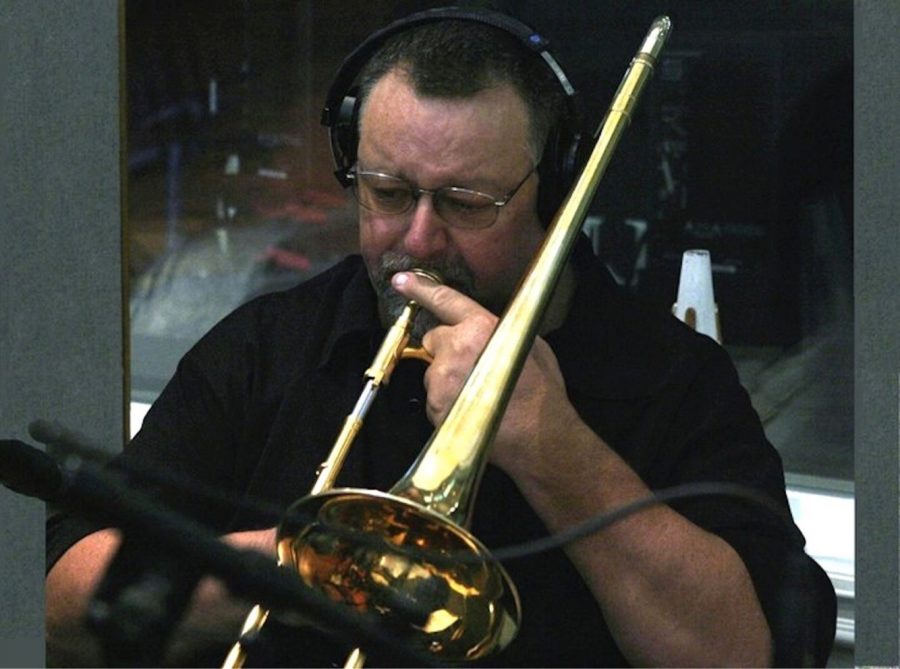 The UNI Jazz Band One concert on Friday, April 6, will be held in honor of Jeffrey Tower. Tower is being inducted into the Jazz Hall of Fame.

This Friday, April 6, alumnus Jeffrey Tower is being posthumously inducted into the Jazz Hall of Fame in Bengtson Auditorium in Russell Hall. The occasion is being celebrated by a Jazz Band One concert in honor of Tower’s induction. The concert will begin at 7:30 p.m. and is free and open to the public, but it does require tickets.

The UNI School of Music inducts one exceptional contributor from the UNI Jazz community into the Jazz Hall of Fame each year. Tower is being recognized as a trombonist, lifelong music educator and arts advocate.

Tower received his Bachelor of Arts degree in music education from UNI in 1975. After that, he received his Master of Music degree in trombone performance at the University of Redlands in California. Tower was inducted into the California Jazz Hall of Fame in 2014. He passed away on July 4, 2017.

The concert will also feature guest conductor from George Stone as the final event of his residency here at UNI.

Stone has enjoyed a prolific career in music performance, composition, arranging and education for 30 years. He has written for the famed NBC Tonight Show Orchestra and has composed for NBC, HBO, Warner Brothers and Disney.

Stone is also the composer of the famous Musical Instrument Digital Interface (MIDI) song, “Trip Through the Grand Canyon,” (Canyon.MID) that was released on over 66 million copies of Microsoft Windows.

“The first half will feature premieres of four new compositions and arrangements for the band, including a new piece by Ryan Middagh, written to honor Dr. Robert Washut in the year of his retirement,” said Christopher Merz, director of Jazz Studies and Jazz Band One. “Following intermission, guest composer George Stone will direct the band through his compositions.”