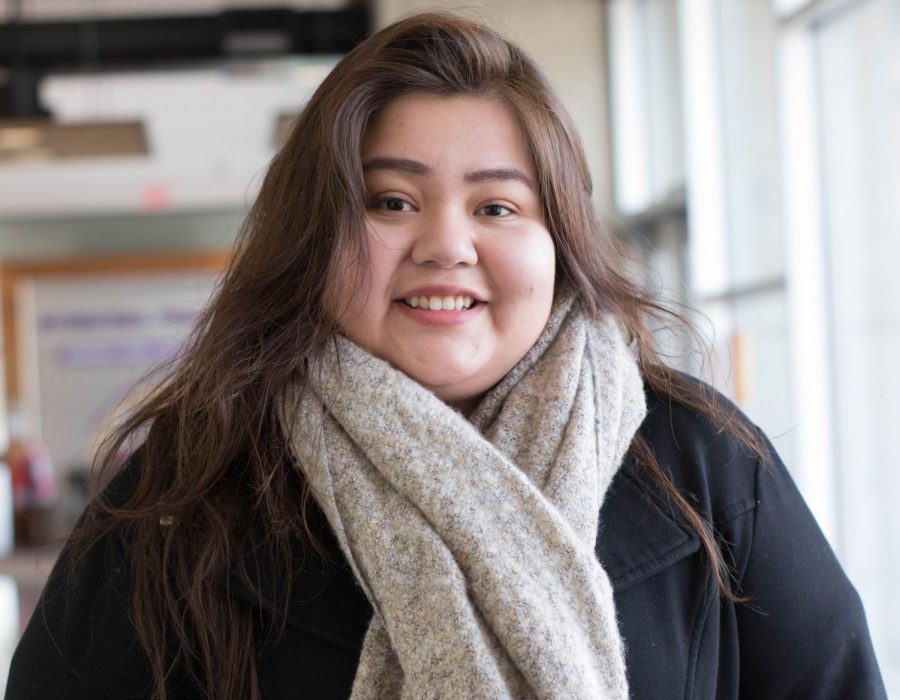 Sanchez is a senior at UNI majoring in psychology and Spanish. As a first generation college student, Sanchez plans on using the award to her advantage and spreading her message to other students like her.

“With the award, I get to attend a conference in Boston, so I’m hoping there I will be able to network my message to others. From here until the conference in Boston, I’ve been using the award to my advantage and saying that I’m a Campus Compact Fellow, and I’m the UNI Chosen Fellow, which helps in cases where I will be speaking,” Sanchez said. “For example, when I went to Washington D.C. in January to speak with congressmen about current immigration legislation, I mentioned that I’m a Civic Fellow from UNI, which really allowed me to have conversations with congressmen that I feel like I wouldn’t have been able to have without the title of this award.”

Before receiving the award, Sanchez participated in a forum last fall that dealt with immigration policies as well as personal stories from students.

According to Sanchez, this spurred her to get involved in the community, which resulted in her nomination for the 2018 Newman Civic Fellows Award. Following the nomination and an interview, Sanchez received an email announcing that she had won the award.

A part of Sanchez’s inspiration came from two of her professors in the Spanish department: Juan Carlos Castillo and Elise DuBord. Sanchez said that DuBord had nominated her for the Civic Fellows Award.

“I feel like without their support, I wouldn’t have gotten as far as I have,” Sanchez said. “I myself am a daughter of immigrants. I am a U.S. citizen, but my parents were undocumented for at least 20 years, so I saw the firsthand hardships that come with being undocumented.”

Sanchez says she hopes that since she has seen what her family had gone through, she will be able to use her education and resources that she’s been given to help advocate for student voices.

“I want to help [the students] find the resources they need for school and find the proper support networks that we need to develop as a community to make sure they feel welcomed,” Sanchez said.

“I was able to find the support within McNair and push for my graduate degree. Initially, I didn’t know what I wanted to do after I graduated, but I started applying for grad schools in November,” Sanchez said. “Essentially, I found out that the best route for me was to focus on anything that had to do with the study of race, gender and class, but also the study of policies. The best fit for me was sociology, where I could focus on research that combined all those aspects.”

Sanchez said that after figuring out her focus, she found schools that would be supportive of her interests and background, which eventually led to Northern Illinois University. She hopes that by earning a graduate degree, she will be able to inspire undocumented and first-generation students.

This year, Sanchez will be attending the national conference of Newman Civic Fellows in partnership with the Edward M. Kennedy Institute for the United State Senate.