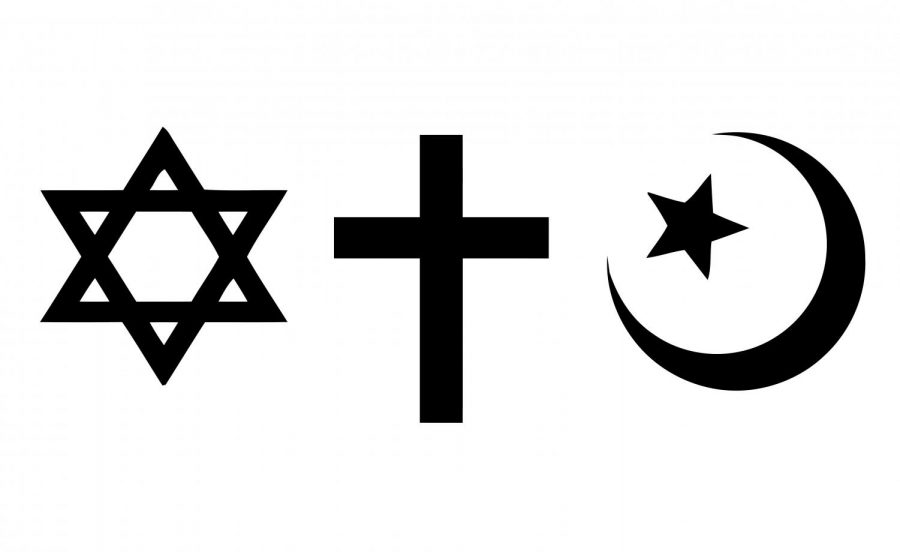 Steve Corbin urges readers to aid in the fight against hate crimes by encouraging interfaith dialogue among their respective faith leaders.

Editor’s note: the following letter to the editor was submitted by Steve Corbin, professor emeritus of marketing at UNI.

There are 892 active hate groups in America.

It is high time for everyone to examine their maturity, ancestry, ethnicity, values and religious beliefs and vow to do everything in their power to put a screeching halt to rampant bias-, retaliatory- and mission-related hate crimes.

I particularly challenge Christians, Muslims and Jews to be the leaders of an anti-hate crime crusade.

Why these three entities?  Very simply, the largest percent of the world’s population (55 percent) are adherents of the Abrahamic religions (i.e., Christians, Muslins and Jews), 30 percent represent other religions and 15 percent follow no organized religion.

I’m convinced if devout believers of the Abrahamic religions would lead by example against hate crime, others would follow suit.

It’s possible that members of the Abrahamic family don’t realize their similarities.

And, if they did, maybe, just maybe, they would change any bias they had against other religions, not to mention how they felt about people who are LGBTQ, black, brown, white and the list goes on.

Let’s explore a sample of the commonalities of the Abrahamic religions:

•Followers of Christianity, Islam and Judaism are monotheists who worship the same God of Abraham, who is conceived of as eternal, omnipotent, creator of the universe, source of moral law and has the properties of holiness and justice.

•The Abrahamic scriptures are uniquely intertwined.  The Jewish holy book consists of the Tanakh and the Talmud.  Christians adopted the Tanakh for their Bible but call it the Old Testament.  The Quran makes frequent reference to Jesus and the Virgin Mary, and Muslims believe in the religious texts of Judaism and Christianity in their original form.

•Peace is central to all three (“peace be upon you”):  shalom aleichem in Judaism, pax vobiscum in Christianity and salaam alaikum in Islam.

•Muslims, Jews and Christians all speak of a choice between good and evil, which is associated with obedience or disobedience to a single God and to Divine Law.

•Judaism, Christianity and Islam are interconnected.  While the believers pray in different ways, they are all seeking salvation in the same manner.

•Research reveals true adherents of the Abrahamic religions are mature, compassionate, considerate, tolerant and more positive towards other Abrahamic groups.

With this knowledge, the question that begs Christians, Muslims and Jews is this:  are you a true believer?  If so, shouldn’t you be a disciple for an anti-hate crime crusade?

To test my hypothesis, share this op-ed with your bishop, clergy, faith leader, imam, minister, pastor, preacher, priest, rabbi or reverend and ask if s/he agrees we should end our bickering, engage in dialogue with people of different viewpoints and faiths without judgment, practice tolerance and start acting like brothers and sisters of the same family.

The public would welcome these faith leaders’ responses.

We are past due to soul-search our beliefs toward others who are “different,” respect our unique differences, become proactive and demonstrate to the world and one another “peace be upon you.”