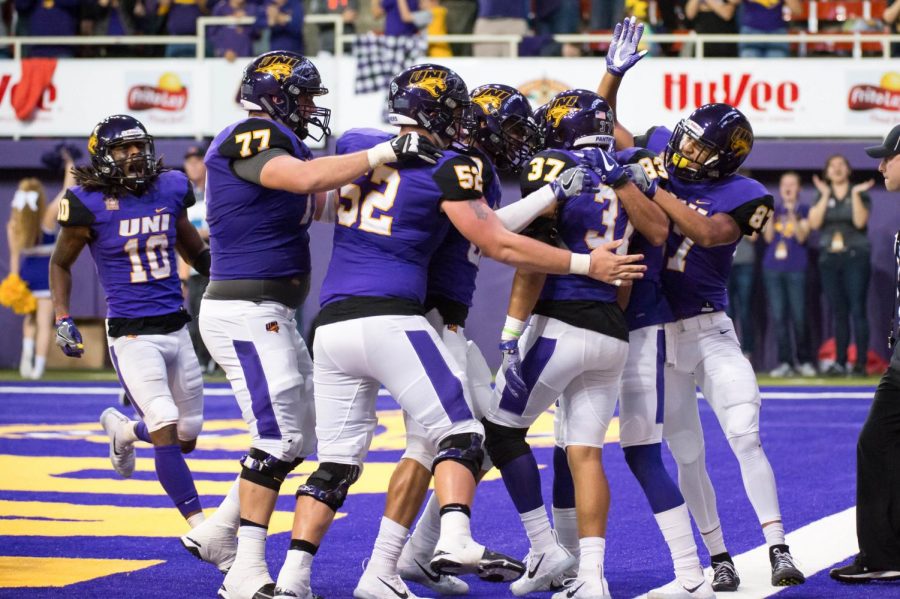 After weeks of speculation and concern of whether it would be filled, the UNI football team has scheduled its 11th opponent for the upcoming 2018 season, completing the lineup of games for the Panthers on the gridiron this fall.

Prior to its official release on Monday, April 9, the UNI athletic department had trouble finding an 11th team for the Panthers to play. UNI is just one of several schools around the nation that has had trouble filling out their list of opponents for the coming year this offseason.

With the scheduling of the Hampton University Pirates for a third non-conference game, the UNI athletic department has now been able to have the schedule released publically.

While most games still need to be scheduled as it relates to kickoff time and broadcast information, the Panthers now know who they will go toe-to-toe with on the field.

The purple and gold will kick the season off on the road at Montana on Sept. 1 at 6p.m., followed by a big showdown with in-state rival Iowa on Sept. 15 at Kinnick Stadium in Iowa City. This will be the first time the Panthers and Hawkeyes have faced off since their last heartstopping meeting in 2014 where Iowa won 31-23.

UNI returns home for their first game in the UNI-Dome on Sept. 22 against Hampton, before opening the Missouri Valley Football Conference (MVFC) season on the road at Indiana State in a rare Thursday night game on Sept. 27.

Reigning national champion North Dakota State will come to the dome of Oct. 6 in the home conference opener.

The Bisons are coming off their record-breaking sixth national title in the last seven seasons and look to be the dominating force of the league once again.

Homecoming weekend will be capped off with the upstart Jackrabbits from South Dakota State coming to town. SDSU rose to challenge the status quo of the MVFC a year ago with an 11-3 record, a top five national ranking and a trip to the FCS national semi-finals.

After being off the Panthers’ schedule for the last two years, Illinois State will return to Cedar Falls  on Nov. 3, while the Missouri State Bears will come to town for senior day on Nov. 17.

Notably, the Panthers will not play the Southern Illinois Salukis in conference play this year as part of the MVFC’s eight game conference slate. UNI has won the last four meetings against this squad.

UNI will hold its spring game on Friday, April 27, in the UNI-Dome. To see the full list of opponents, visit unipanthers.com