Cobb reflects on time at UNI 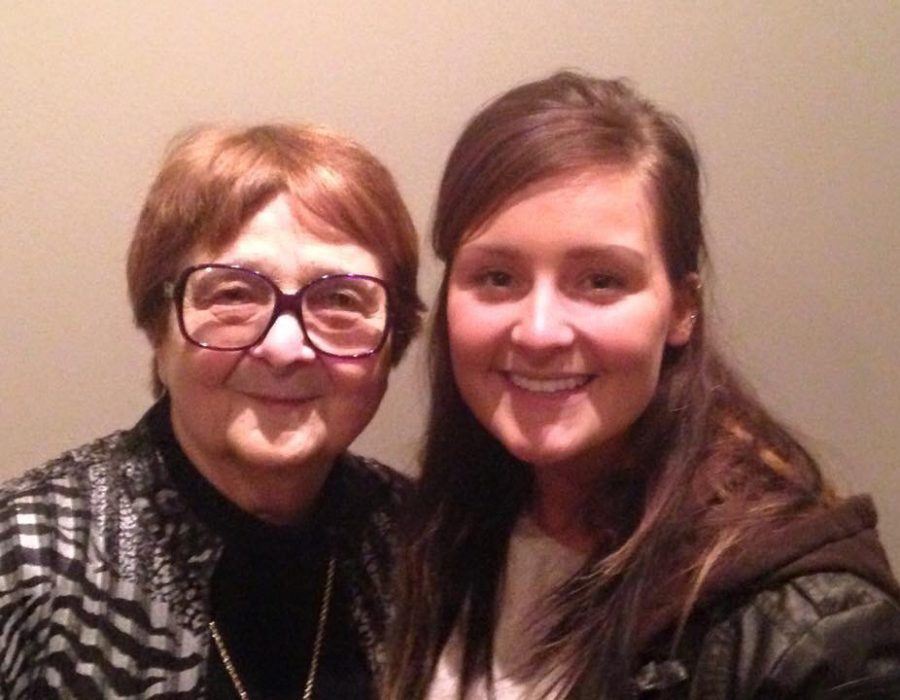 Opinion columnist Abbi Cobb reflects on her time at the Northern Iowan, dating back to her first story involving Miriam Brysk, a Holocaust survivor.

This past Saturday marked three years since I received the chance to listen to and speak with 83-year-old Holocaust survivor, Miriam Brysk, at the UNI Center for Holocaust and Genocide Education’s ninth Annual Holocaust Remembrance Ceremony.

I was a 19-year-old college freshman covering the event in my first month writing for the Northern Iowan (NI).

At that point, I had no intention of becoming an opinion columnist. In fact, I had just begun to feel comfortable in my role as a staff writer.

The vulnerability that came with publishing stories for an entire campus to see was intimidating enough — there was no way I was going to consider announcing my own perspectives using the same medium.

Plus, serving as a news writer afforded me opportunities to attend events and meet many people that I wouldn’t have otherwise interacted with.

As I sit here penning my 42nd and final piece for the NI, 35 of which have been opinion columns, it is so difficult to imagine a time when I would’ve passed up an opportunity to be paid to share (okay, rant) my personal opinions (okay, inflammatory hot-takes) and experiences.

And while columns haven’t necessarily encouraged me to branch out at campus or community events, I have met many people through my position as a columnist.

For me, the most rewarding part of this job was interacting with professors and students that responded to my columns — in both private emails and in response columns. On more than one occasion, these conversations resulted in new friends and opportunities to work with professors in departments outside of my own.

With only two weeks left of my undergraduate career, I have succumbed to the inevitable and bittersweet phase of reflection upon my time here in Cedar Falls.

I like to think that the Northern Iowan provided me a consistent, reliable platform to make sense of the rapidly-changing world around me — a world that was shaking nearly all of my preconceived notions about myself and society to their core.

And in this process, confidence in my ability as a writer and as someone that has worthwhile thoughts grew in ways I couldn’t have ever anticipated.

In many ways, the NI became an outlet for me to unleash my confusion and frustration with the consequences of things that I was now being forced to consider (inequality, politics, oppression, capitalism).

My interview with Miriam seemed to be a series of insightful, thought-provoking comments and calls to action.  The last comment I recorded her saying to me was, “I wish you the best luck in the world, and may you live your dreams.”

Looking back to my first year of college, I had no idea what I dreamt of being. But in the last four years, I’ve managed to create — and conquer — a concept of myself and my dreams, and my work here with the NI has, in many ways, been a reflection of that process.

So, thank you to the NI, for being my public journal of self-discovery, and thanks always to the wonderful editors, especially to Clinton Olsasky and Nick Fisher, who have worked with my columns over the years and applied the same high standard of integrity and factual basis to my columns as to news stories.

I’m a better writer because of you.