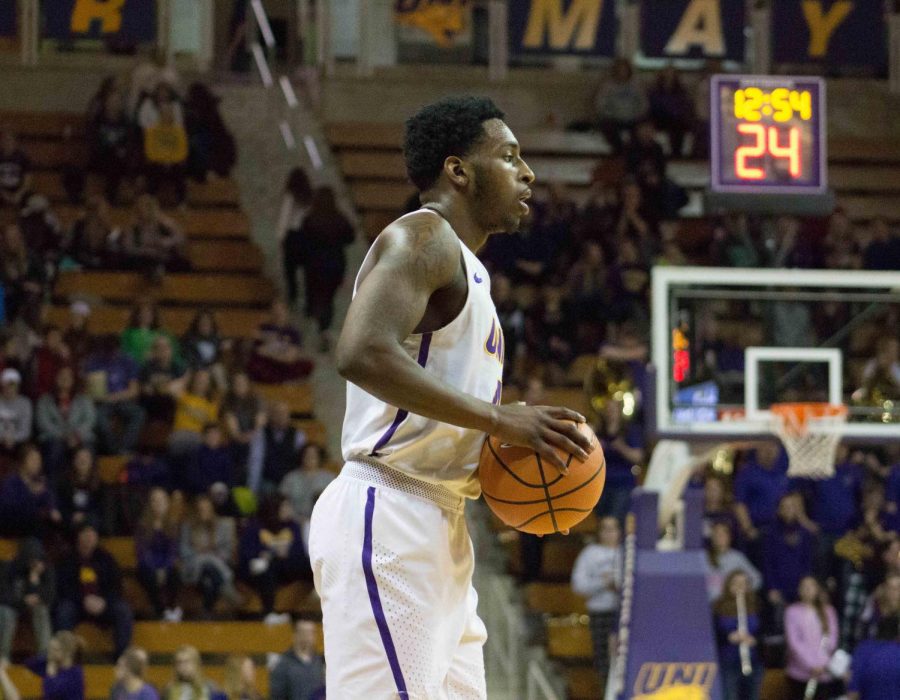 On Sunday, April 15, UNI student athletes and coaches poured into the McLeod Center in scores to attend the first annual PESPY Awards.

Modeled after the ESPY Awards that air on ESPN every July to honor the best in sports, the PESPYs were organized by members of UNI’s Student Athlete Advisory Committee (SAAC) to honor UNI’s student athletes in the last calendar year.

All of the awards handed out were voted on by the Panther athletes themselves. Notable winners included newcomers Tywon Pickford, a men’s basketball guard, and Lauren Beauchamp, a women’s pole vaulter.

Football star Daurice Fountain, who is eligible to be selected in this week’s NFL Draft, took home honors as the winner of Male Athlete of the Year, while running back Marcus Weymiller won the UNI Spirit Award.

Sprinter Brandon Carnes earned his PESPY for Moment of the Year as he took home his 16th place MVC individual track and field title last spring.

Individuals were not the only ones celebrated at the event.

Teams as a whole took home awards for their performances and actions.

The women’s soccer team was named Team of the Year.

They posted their best season in school history, recording a 14-5-1 record.

The coaching staff of the wrestling team were named Coaching Staff of the Year.

Meanwhile, members of the UNI football team were honored at this year’s event with the Team Community Service Award for their work in building a local playground for children in the community.