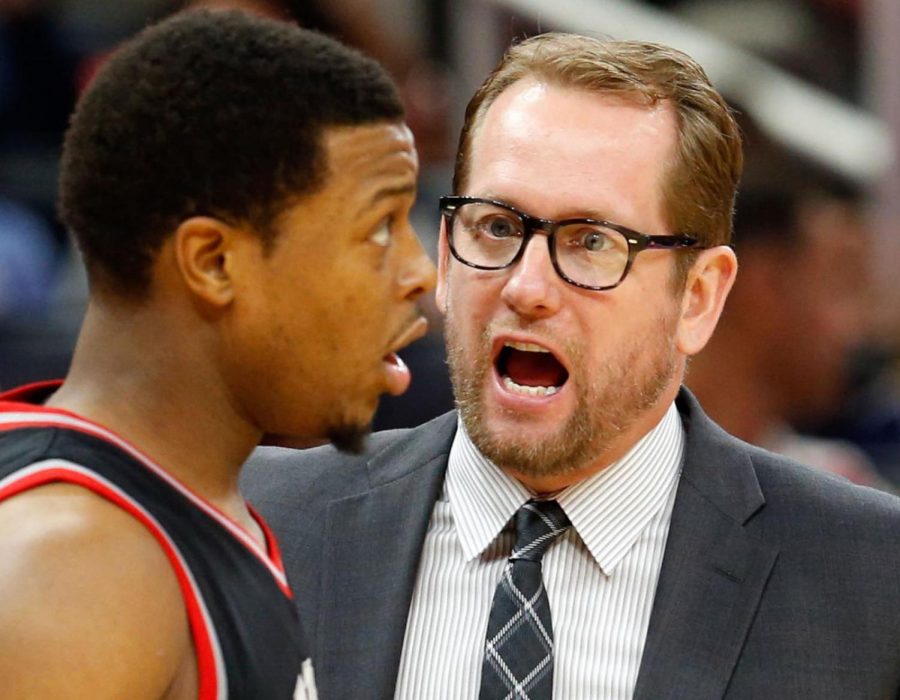 The 2018-2019 school year is officially underway, and while know it, so is the sports season.

While a handful of teams have begun practices and some have already faced competition, the UNI athletic program looks back at the success over the previous summer and major headlines that put the Panthers on the map.

The outdoor track and field season for the purple and gold extended into summer, following the end of spring classes. At the Missouri Valley Conference (MVC) championship meet in Terre Haute, Indiana, both the men’s and women’s teams brought energy to the track.

On the men’s side, determining the outdoor conference champions would go straight down to the wire. Leading by three points in the team standings in the final event of the meet, the Panthers held onto a second place finish in the 4×400 meter to hold off the Illinois State Redbirds by one point. This clinched UNI’s eighth men’s track and field team championship, and the first since 2009. Head coach Dave Paulsen was also named the MVC Coach of the Year.

In the biggest race of his life, Smith surprised the crowd in Eugene going from eighth to a sixth place finish in a time of 50.60 seconds to earn All-American honors, the Panther track team’s first since 2009.

On the diamonds, the UNI softball team struggled down the stretch of their 2018 season, losing ten of their final sixteen games.

They played five doubleheaders against MVC opponents, where they struggled to score runs despite getting several runners on base. Seeded sixth in the MVC Tournament, the Panthers season came to an end in the first round as they fell 4-3 in ten innings against Illinois State. The loss wrapped a 26-26 overall record for UNI, and an 11-14 record in conference play.

In the world of professional basketball, the NBA’s legion of coaches was rocked in May. Dwayne Casey, the head coach of the Toronto Raptors, was fired after winning a franchise record of 59 games and clinching the top seed in the league’s eastern conference.

After being swept by LeBron James and the Cleveland Cavaliers in the second round of the playoffs, the Toronto front office dismissed Casey leading to the hiring of a former UNI Panther. Nick Nurse, who played for the Panthers from 1985 to 1989 and served as an assistant coach for one year, was promoted to the head coaching position in June after spending the past five seasons as a Raptors assistant coach where he helped design Toronto’s offense under Casey.

Nurse also coached the Iowa Energy of the NBA G-League and led them to a championship in 2011.

In other basketball news, the UNI men’s basketball team received a major invitation in July.

The Panthers will take part as one of eight teams in the inaugural U.S. Bank Stadium Basketball Classic in Minneapolis. Home of the NFL’s Minnesota Vikings and site of Super Bowl LII this past winter, this will be the first basketball event held inside the venue.

The purple and gold will take on the South Dakota State Jackrabbits on Saturday, December 1 in the Twin Cities as part of their non-conference schedule.