McCain had passion for unity 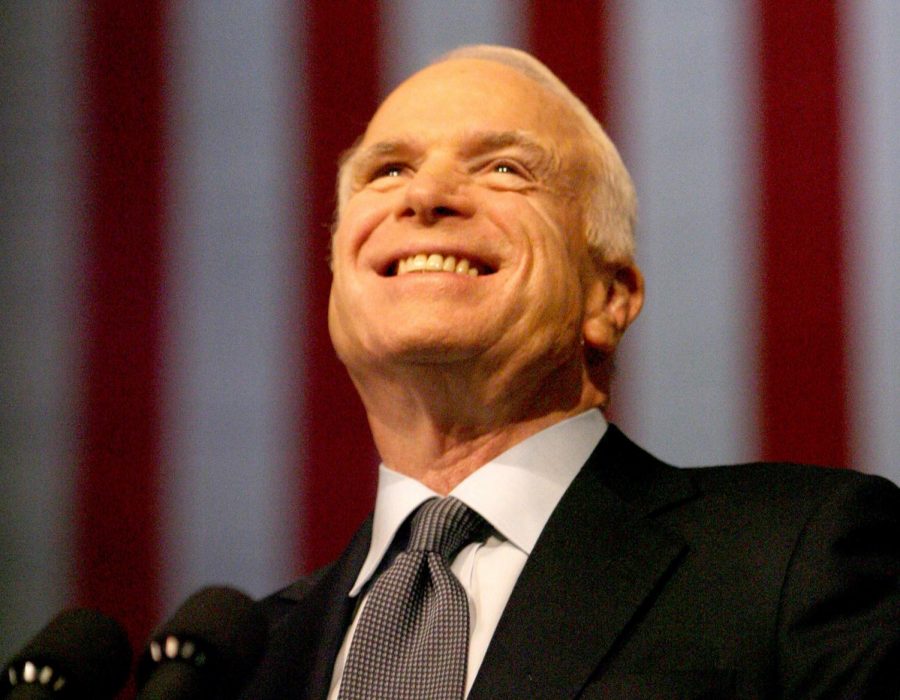 Opinion columnist Albie Nicol honors Senator John McCain, admiring his dignity, patriotism and willingness to cross party lines for what he believed in.

I’d say I’m pretty liberal when it comes down to it. I was raised by two amazing individuals who believed in our nation, our politicians and the democratic system.

They ingrained in me the values of affordable education, healthcare and human rights for all. So why was I so emotional about the sudden decline and rapid passing of Senator John McCain?

In case you weren’t aware, last Friday, John McCain, a Republican U.S. Senator for Arizona, and his family released a statement in regards to McCain’s cancer treatment.

The statement talked about how his initial success with treatment had been very positive, but that age and the nature of the glioblastoma had taken their toll. So, the Senator had decided to discontinue treatment.

Last Saturday, the day after the announcement, Senator McCain passed away. He lived to be 81 years old, and served his country faithfully between the military and politics for over 60 years. He served in the Senate for longer than a plethora of senators, past and present, and always voted for what he thought was right, even when it didn’t follow his party line.

In November of 2008, when McCain lost the presidential election to President Barack Obama, his concession speech began with congratulating Obama and speaking about how the nation should join him in working with Obama, rather than against him, on uniting America. While he did highlight that he and Obama had important differences, the love of America and passion for unity is what they both found most important.

July of 2017, McCain returned to Washington D.C. after going through intense treatment for his glioblastoma to vote against the GOP’s attempt at repealing Obamacare. He knew what was best for the American people and he voted accordingly, risking his health to do so.

McCain also spoke out against multiple inappropriate comments made by Trump both before and after the election. Even though McCain was technically a Republican, he went against his party’s loyalty toward Trump. I’m not sure even I would have the courage to do that.

The backlash I have seen over the past few days on Twitter, Facebook, Instagram, you name it, has me upset. Like I said, I don’t agree with a majority of Senator McCain’s decisions or votes, but some people are taking it too far and saying horrible and untrue remarks about the man.

No matter where we are politically, his memory, legacy and honor must be respected. He did many sacrificial things for the benefit of the country, and for his brothers in arms during the Vietnam War.

I want to be very clear that just because I admire Senator McCain’s patriotism and dignity, it does not mean I condone a lot of what he’s done in politics. I cannot begin to imagine the kind of decisions he had to make, combined with the pressure of his people and his experiences as a veteran and prisoner of war. I can’t know those struggles.

But overall, McCain was right. We need to come together in a time where division gets us nowhere. I’m not saying throw away your political identity, I’m telling you to not let it override your moral compass.

Sometimes we could all be a little more like McCain and cross party lines for something we believe in.