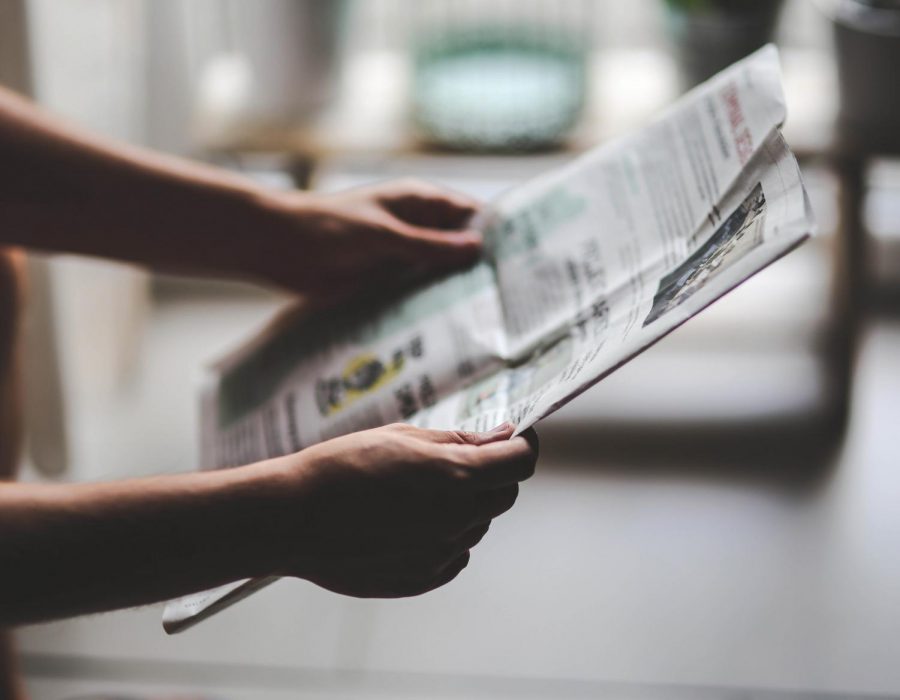 The Northern Iowa Student Government (NISG) canceled their subscription to the New York Times, which made the newspaper accessible to students.

Those who relied on the New York Times (NYT) to be available in the Maucker Union were met with an unfamiliar absence this year.

As of the 2018 fall semester, the NYT newsstands were removed due to a reallocation of funding within Northern Iowa Student Government (NISG).

NISG, who previously subscribed to the service with funds from the mandatory student fees, determined that the subscription was too costly and did not benefit enough students to continue on with the service, according to NISG executives.

David Konfrst, director of public relations, reported that “over $16,000 per year” was spent on the NYT subscription. When asked by the Northern Iowan (NI) to confirm this number, Director of Finance Jacob Stites shared information indicating that the expense totaled $16,536.20.

As clarified in the budgetary records, the amount reported by the NISG director of public relations and the director of finance was in fact more than four times the actual cost of the service.

According to the archival budgetary records for the fiscal year of 2018, $16,536.20 was the total amount requested by NISG for the service, but the total amount allocated was $8,000. The same report shows that less than half the allocated amount of $8,000 was spent on the service. The recorded expenditure totaled $3,771.

According to Drew Stensland, president of NISG, there were roughly 53 copies available on weekday mornings in the Maucker Union.

Vice President of NISG Kristen Ahart said due to decreased enrollment, a smaller operating budget and an increase in student organizations, the service was cut after due consideration.

Ahart, who was on the committee responsible for cutting the service under the previous administration said, “The Organization and Finance Committee decided to no longer pay for the subscription to the NYT after carefully evaluating how to distribute a smaller budget among a greater number of student organizations.”

“One of the first lines the committee surveyed was our own NISG budget. Each item became a topic of discussion and the committee came to the conclusion to downsize on a handful of things […] in order to provide adequate allocations to all organizations applying,” Ahart said. The NYT subscription was included in that “downsize.”

Assistant professor of political science, Evan Renfro, does not approve of the choice to no longer provide students with a readily available and reliable news source.

“Part of our mission as an institution of higher education is to prepare students to be civically engaged,” said Renfro. “Well, in order to have civically engaged citizens, you have to have citizens that know what is going on in the world. The NYT frankly is one of the great sources for essential information.”

As a professor who assigns a daily reading of the NYT for his classes, Renfro is now faced with a decision to either have his students pay for a subscription or to amend his syllabus to exclude the reading.

Philip Hopper, assistant professor in the communications department, also relied on the availability of paper copies of the NYT for his classes.

“I frequently assigned NYT readings in my writing and photojournalism classes and think it is a real loss for the students to not have that resource available,” said Hopper.

Both Hopper and Renfro believe that reading hard copies of the newspaper is vital for learning comprehension.

According to Renfro, “The pedagogical research on this seems pretty clear and it is that we learn better reading on paper than we do on digital. Everything from the way the eye moves to the way the brain remembers has been tested. The evidence is overwhelming.”

“So,” he added, “You have good reason to read hard copies of books or newspapers, but you don’t have much of choice when the newspaper in question is only available in digital form where you live.”

In past years USA Today and the Des Moines Register (DMR) were available for students alongside the NYT in the Union. Today, the only newspaper available in the Union is the NI.

There is no apparent indication of payment for the subscriptions of either USA Today or DMR in NISG records from 2016-18. When the NI reached out for a comment regarding those subscriptions, NISG Director of Finance and the Director of Public Relations did not offer any additional information.

NISG would like students to be aware of a digital subscription offer from the NYT priced at $1 a week.