Athletic department plans towards the future 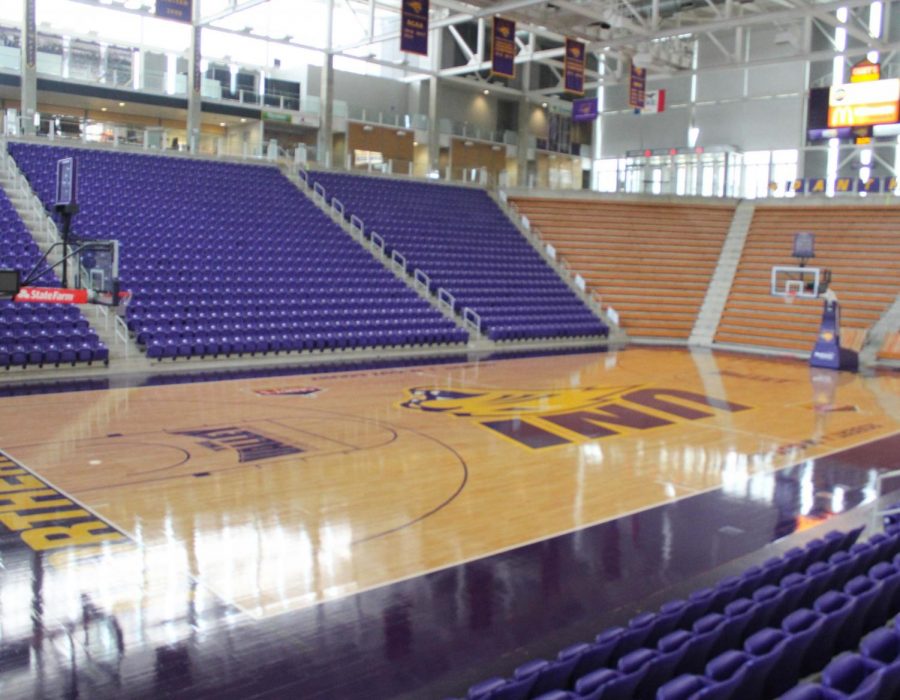 The UNI athletic department is bolting itself into the future with a bold new plan. Panthers Rising: A Strategic Plan to Achieve Unprecedented Success was announced by UNI athletic director David Harris in the past two weeks as a way to move Panther athletics into the next generation.

“Thanks to the input of many across our campus and community, we have created a plan to move our department into the future,” Harris says in laying out the new initiative. “UNI has a reputation across the country from strong academics and competitive athletics. We have won championships, crowned All-Americans and are currently graduating student-athletes at some of the highest rates in our history.”

The five-year plan set out by the department highlights six areas of focus that the department looks to focus on going forward. The first is academic excellence, which aims to have student-athlete grade point averages be above 3.2, and have athletes achieve an overall academic progress rate (APR) score of 985.

The second area is community engagement. Panther athletes have helped volunteer in their communities and look to continue to do so as they set to complete a minimum of 3,000 hours of volunteer service to the public, as well as expand membership in the Panther Scholarship Club (PSC) to all 99 counties in Iowa.

Third is competitive excellence. Aiming high, the Panthers look to win the Missouri Valley Conference all-sports competition, and have all of their athletic teams finish in the top three in the conference standings. Fourth is diversity and inclusion, which aims to foster a culture that values diversity and promotes inclusion by developing a strong structure for department staff and student-athletes to provide feedback on existing culture and climate.

Fourth is facilities, which look to make a major impact on the department. This includes several upgrades to existing facilities on campus as well as some new additions, including a new football team meeting room, a new on-campus softball stadium, basketball practice facility, and much more. Fans who have set foot in the McLeod Center have already seen this goal take effect with a brand new court and set of banners hanging from the rafters.

The final goal is financial accountability. This goal looks to increase annual revenue, maximize all available financial resources and operate with budget parameters by increasing overall ticket revenue and average attendance at ticketed events by 50% and increasing membership of the PSC.