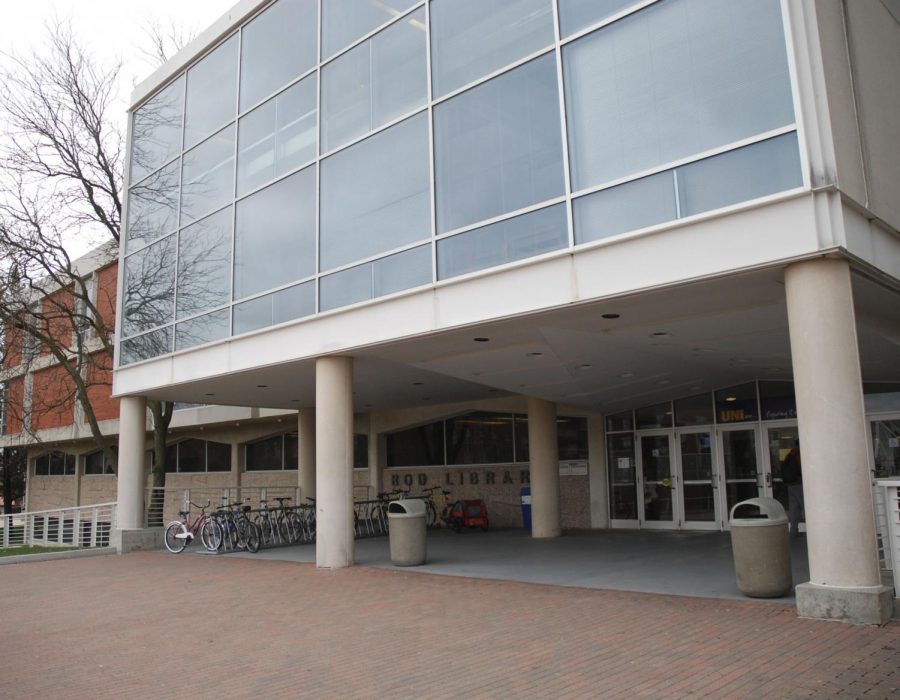 According to their website, the goal of UNI ScholarWorks is "to showcase the knowledge, creativity, and innovative spirit of UNI."

Institutional repository UNI ScholarWorks has recently reached a total of 12,428 works published and over 400,000 downloads.

“The whole purpose of UNI ScholarWorks is to collect, preserve and make available the research, creative and scholarly output from the university,” explained Digital Scholarship Librarian Ellen Neuhaus. “It’s trying to showcase the output of the university on a global scale.”

In order to display the impact and usage of the university’s research, several tools are used on the website for UNI ScholarWorks.

“One of the best features is the global readership map that’s throughout the system and at the site level,” Neuhaus said. “That’s where you notice that there are over 400,00 downloads and over 12,000 items. That’s for the entire site, and each pin drop is telling you someone from a particular country is actually looking at and downloading the item. Then it will also tell you the title of the item being looked at or downloaded, the author and the collection.”

This institutional repository contains a variety of different works which are seen around the world.

Along with these works, UNI ScholarWorks also contains other resources that are available to students and faculty. Open-access books, lesson plans and manuals from the Tallgrass Prairie Center in Cedar Falls are hosted on the site for anyone to use. Research projects and papers from the University of Iowa and Iowa State University are also available, along with UNI projects through the shared database known as the Iowa Research Commons.

“I was asked to implement it, and over the last couple years I have been able to add some staff to help. Now we have been working very hard trying to identify content,” Neuhaus said.

Neuhaus estimates there being half a million downloads before mid-January. As more content is being downloaded and read, some research papers and projects from UNI ScholarWorks are receiving recognition.

Megan Vogt-Kostner is a former UNI student and research analyst with the Office of Institutional Research and Effectiveness. During her time at UNI, Vogt-Kostner wrote a research paper describing the arrival of undocumented child immigrants to the United States from Guatemala and Honduras.

Vogt-Kostner has since received recognition and an award for her paper, but she believes that she wouldn’t have been as successful without the support of UNI ScholarWorks.

“I think that this was a topic that wouldn’t have ever been explored necessarily. Because at the time, it was all over national news, it was all over state news that this was occurring,” Vogt-Kostner said. “So then when I wrote the paper, I wanted to get it out and that’s kind of why I turned to ScholarWorks and said, ‘What can I do to have people read this and use this for future practice, to know that people’s voices are being heard?’”

“That’s a big thing in the social work field, those injustices need to be shown and brought to light,” Vogt-Kostner continued. “So this was a really good way of saying ‘Your voices were heard.’ When you do any sort of qualitative research, those individuals are trusting that you’re going to do something with their words, and do something to make that impact. So it was kind of a way for me to give back to those individuals, those people who were on the ground doing that hard work and helping the people, those at-risk populations.”