Between sports and politics, we are all one 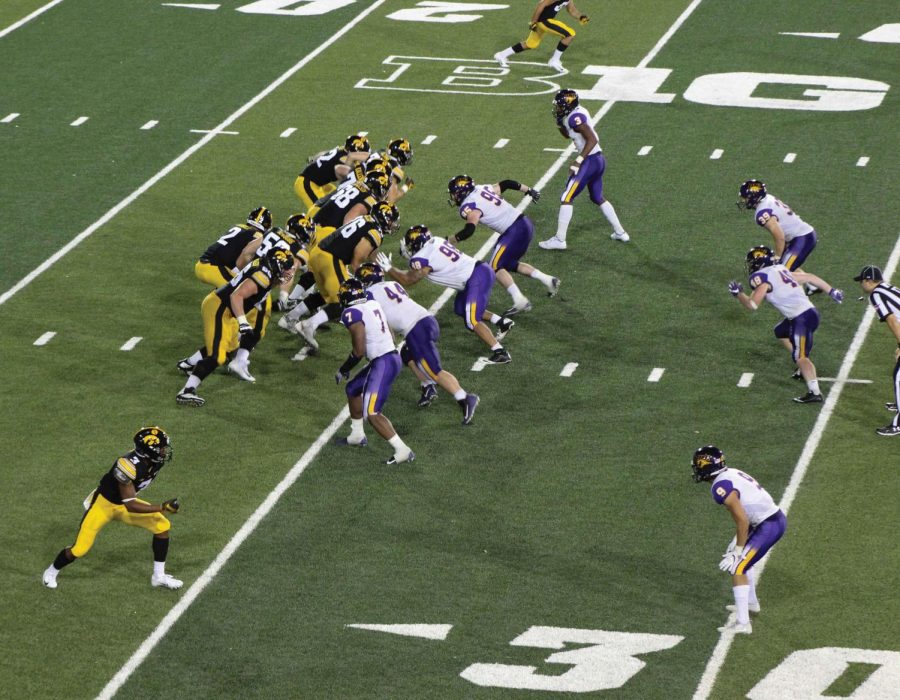 Opinion columnist Albie Nicol writes about the similarities between politics and sports and how he views both sides can be divisive.

Scrolling through social media the past couple days has made me realize the true nature of sports: competition and division.

I know- you’re probably all thinking, “Duh, that’s kind of the objective of sports, to win,” and you wouldn’t be wrong about that. But seeing the divisive nature of last weekend’s UNI vs. Iowa football game has pointed something out to me: sports are exactly like politics.

Listen, I know it sounds totally silly at first, or maybe it sounds completely obvious to most of you, but upon examination, I swear it’s true. There are teams: UNI, Iowa, Democrats, Republicans. There are positions: linebacker, quarterback, senator, President. There are even remnants of the same system: drafting, the Super Bowl, elections, forums.

Neither should divide us as a nation, and more importantly, a community. The past week I’ve seen an increase in negativity on all social media platforms based on what team people are cheering for and what school they go to, and it reminds me of the 2016 election cycle that cracked our nation apart.

There were tweets saying UNI students who supported Iowa this weekend should just stay in Iowa City, or that people who support UNI are stupid. It’s all just a game of cyclical name calling, and I guess I thought we had all finally escaped the realm of high school pettiness and drama.

Didn’t we come to college to learn? To become better and smarter than we were in high school? We should take that seriously. Let’s grow out of our parties and our teams. Let’s think about and act upon what matters, rather than what people think should matter to us.

We definitely have better things to do than create a Twitter war. For example: volunteering with Cedar Bend Humane Society, offering aid to people living through Hurricane Florence, or something as small as buying coffee for a friend.

Literally anything is better than trying to divide us. The world, our nation especially, is full of division, and it’s time to start mending it together. We, as Iowans, especially as young Iowans, can lead the way.

I get that rivalries are strong, and fun to joke about, but at the end of the day we’re all a part of the Iowan community. The unity of our state and our nation is so much bigger than our loyalty to a school or a party. Let’s show our nation and our world that we are bigger than the schools we go to and the teams we support. Together, we can create something beautiful. Or, something fun to watch on a Monday night. Maybe even both.