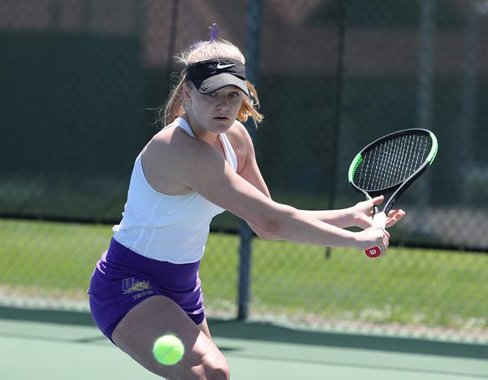 The UNI Panthers women’s tennis team took the trip up to Minneapolis, Minnesota this weekend to take part in the Gopher Invite, hosted by the University of Minnesota.

After a stellar start to the season at the Drake Invitational a week earlier in Des Moines, the Panther ladies looked to continue momentum through the fall season. Competiting against teams such as the Arkansas Razorbacks, Nebraska Cornhuskers, Drake Bulldogs, Iowa State Cyclones, South Dakota Coyotes and the North Dakota Hawks, the Panthers found trouble recapturing their spark the had a week earlier.

Freshman Kate Merrick was the only Panther to pick up a win in the singles competition, defeating Shwetha Prabakar of Arkansas 6-2, 4-6 and 6-2. Olivia Fain took South Dakota’s Nanette Nylund to three sets before falling 6-3, 4-6 and 6-1, while Olivia Philips was swept by the Coyotes’ Laura Janickova, 6-0 and 6-0.

UNI was able to find some success in the doubles competition winning two matches.

Claudia Toledo and Daisy Philips teamed up to defeat Minnesota’s Tiffany Huber and Kalyssa Hall 6-4, while the freshman duo of Harri Proudfoot and Valentina Caro were 6-1 winners over Zahra Finnigan and Masha Lobanova of North Dakota. Proudfoot and Caro would ultimately drop their second doubles match to Iowa State’s Savannah Williams and Margarita Timakova, 6-4.

The Panthers will be back in action Oct. 5-7 in Springfield, Missouri as they compete in the Missouri Valley Conference’s Individual Tournament.