Is Kavanaugh the right choice? 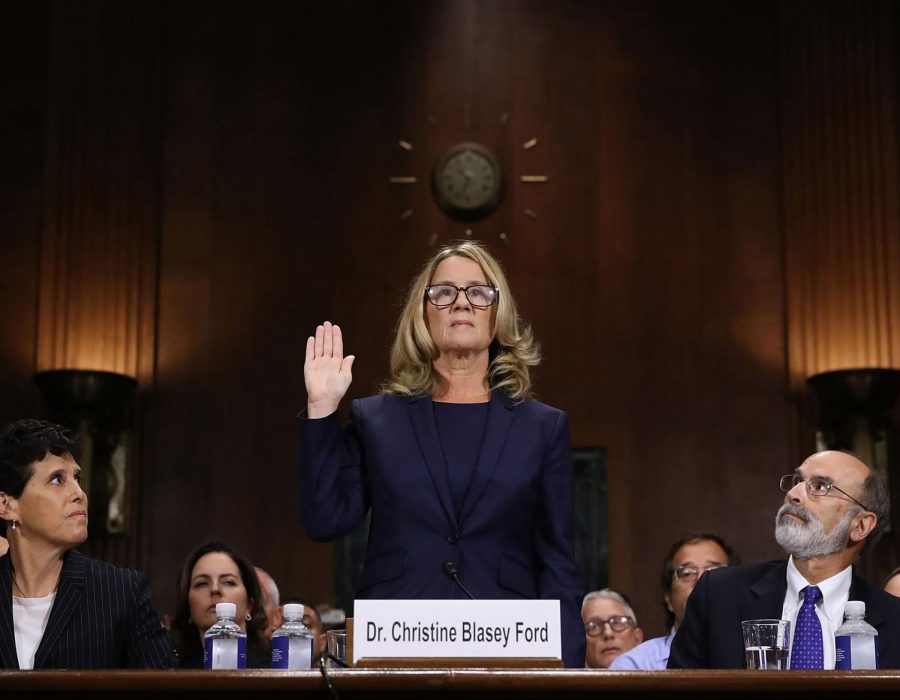 Opinion columnist Jack Ave discusses the recent hearing of Christine Blasey Ford, who allegated that SCOTUS nominee Brett Kavanaugh sexually assaulted her in the summer of 1982.

FORD: Indelible in the hippocampus is the laughter, the laugh — the uproarious laughter between the two, and their having fun at my expense.

Last Thursday, Christine Blasey Ford testified in front of the Senate Judiciary Committee alleging that the SCOTUS nominee, Brett Kavanaugh, sexually assaulted her during the summer of 1982.

In Ford’s opening statement to the committee, she states that, “I am here today not because I want to be. I am terrified. I am here because I believe it is my civic duty to tell you what happened to me while Brett Kavanaugh and I were in high school.”

After reading her opening statement, Ford entertained questions from the twenty-one-person committee in five-minute increments, alternating between senators from both parties.

Democrats rearticulated the same consistent message when questioning Ford: I believe you.

This stands in contrast to the 1991 confirmation hearing of Judge Clarence Thomas, when Anita Hill spoke in front of the committee accusing now-Justice Thomas of sexual assault. During the hearing almost three decades ago, senators from both sides of the aisle seemed to put Hill ‘on trial,’ berating her with aggressive questions that shed doubt on her story.

Republicans also made an attempt to appear less aggressive towards the accuser. The 11 Republican men of the committee deferred their questions for Ford to Rachel Mitchell, a prosecutor from Arizona who specializes in sex crimes.

It appears that Mitchell may not be familiar with this back-and-forth format. Prosecutors in traditional cases have extended questioning periods to build momentum with a witness.

Mitchell began the questioning period with Ford with a sympathetic message. Mitchell stated that, “I just wanted to tell you the — the first thing that struck me from your statement this morning was that you are terrified, and I just wanted to let you know I’m very sorry. That’s not right.”

Mitchell began asking Ford about the process in which Senate Democrats obtained Ford’s initial letter claiming that Kavanaugh sexually assaulted her. However, as soon as Mitchell seemed to get to a point, her five-minute time expired and her momentum was interrupted by Democrats praising Dr. Ford for coming forward.

If you have not already, I implore you to watch the entire hearing with Dr. Ford and Judge Kavanaugh. Ford’s testimony is compelling, as she is open about what she does and does not remember. She answers every question to the best of her ability and her story resonates with millions of women and men.

While it is hard for the average citizen to know every detail from the summer of 1982, it is more important than ever for Americans to pay attention to this process. In the so-called “Year of the Woman” and in the middle of this political conundrum, we must ask ourselves who do we believe, who has the most to gain, and if Brett Kavanaugh is the right person to be appointed to this lifetime position.

We must make this judgment ourselves. At least for me, I believe her.