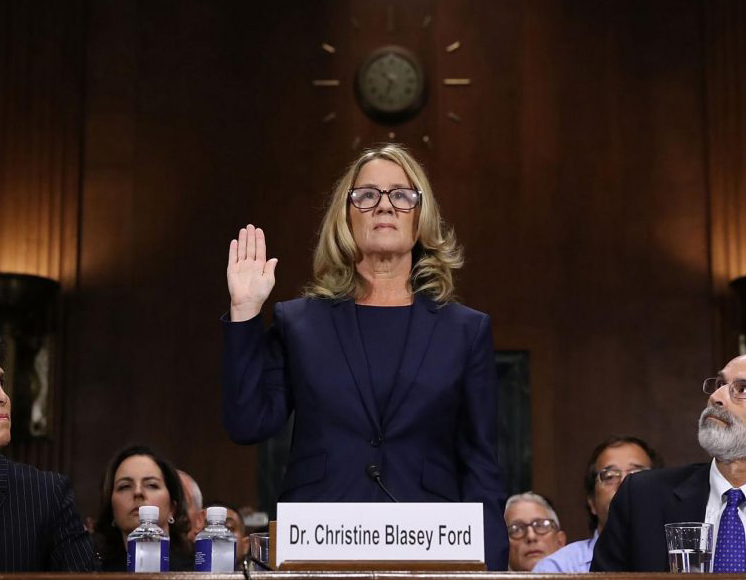 Mohammed Rawwas, a senior MIS major, responds to an LTE published in the Sept. 27 issue of the NI.

In the September 27, 2018 issue of The Northern Iowan, I read a letter to the editor entitled “Delay drives Kavanaugh accusation.” It contains some rather curious arguments that I think must be addressed.

First of all, a large section of the letter is dedicated to providing anecdotal evidence of two false rape allegations that have absolutely no bearing on the case being discussed, and only serve to obfuscate from the matter at hand. In both cases, an investigation could not verify the accounts. However, in the case of Ford, she has specifically asked the FBI to investigate, which is an unlikely request if her allegations are indeed fraudulent. This makes a following statement even more curious, when the writer implies that the FBI does not have enough evidence to investigate. If we were concerned with discovering the truth, it seems like the logical route would be to call for an investigation.

The letter also calls into question the polygraph results by claiming that they can be unreliable; however, ABC News reports that polygraph tests are 70-90 percent accurate. So, it is curious that this letter is decrying the delay in Kavanaugh’s confirmation process considering the fact that there is, at the very least, a 70-90 percent chance that Ford’s allegations are true. Shouldn’t the confirmation be delayed if highly probable testimony of sexual assault is provided? Why is the author of this letter admonishing such a delay?

Furthermore, the letter states that the evidence is unsubstantiated and hard to believe because it lacks a specific time and place. However, studies have shown that, during traumatic situations, the brain is less likely to remember peripheral details of the event.

An article penned by James Hopper, Ph.D., a clinical psychologist and teaching associate in psychology at Harvard Medical School, and David Lisak, Ph.D., a forensic consultant, appearing in TIME magazine, noted that during traumatic experiences, the prefrontal cortex and hippocampus are impaired, and the amygdala will redirect attention towards information that it deems necessary for survival, rather than peripheral details or contextual information.

A research article published by the University of Arizona entitled “Traumatic Memory Characteristics” also demonstrated that people who experienced rape had fewer clear memories of the event as compared to other traumatic experiences. The fact that Ford cannot recall specific details from an event that took place in 1982, especially one in which she was focused on staying alive and not on memorizing every detail of her surroundings, should not be held against her.

There is now a time at which the event took place. As reported by the Washington Post, Kavanaugh himself submitted a calendar as evidence that the allegation was false. However, that very calendar contains an event on July 1 that is described the exact same way that Ford described the event that she was at, such as both accounts placing the same people at the party. There was no way that Ford would be able to know details about the party, including the people present there, unless she had been there.

To further discuss the validity of the claims, therapist notes from 2012 verify that Ford talked about these claims well before Kavanaugh was nominated to the Supreme Court. This clearly debunks the idea that Ford is a political operative who has fabricated these allegations in order to delay the hearing, as at the time she originally made the claims there was no way she could have known that Kavanaugh would ever be nominated to the Supreme Court. If Ford was making these claims up, it would be unlikely that she would place another witness in the room that it occurred, or that she would want the FBI to investigate her claims. Furthermore, that second witness, Mark Judge, has even written a book claiming that he and Kavanaugh were blackout drunks during college, which is consistent with the story being presented. The same goes for the second accusation, from Deborah Ramirez, in which she places multiple witnesses within her story, which would be a curious decision if it was fabricated.

Other students have claimed that they did hear about this incident after the fact, as reported by The New Yorker. In sum, I believe that Ford’s claims are credible, and that anyone attacking her credibility is engaging in willful ignorance, and I ask that the author of this letter reconsiders his stance on this issue and retract his original claims regarding the validity of Ford’s allegations.