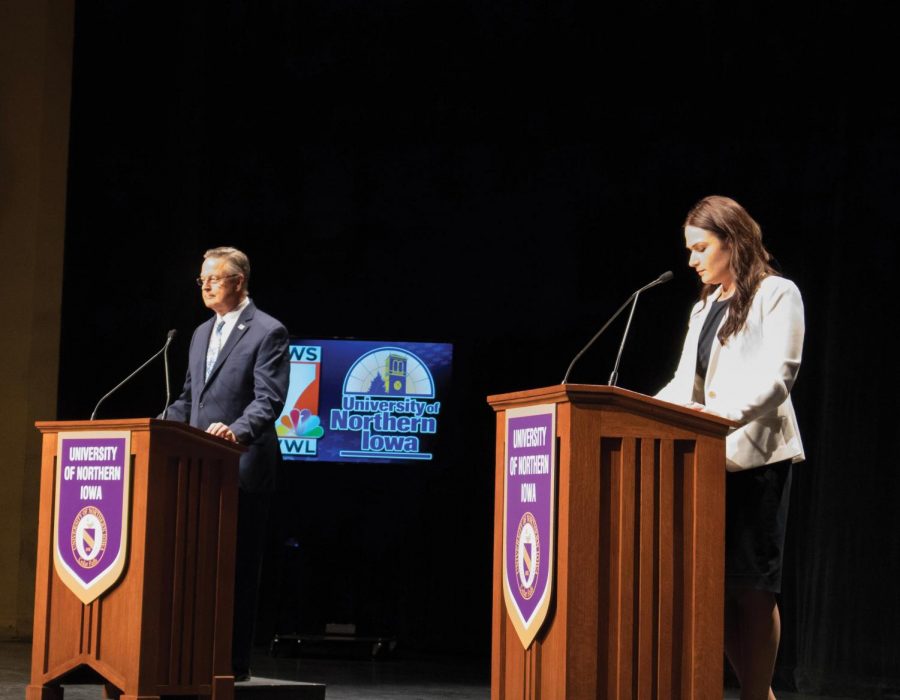 Opinion columnist Colin Horning encourages readers to become informed on all candidates, regardless of party, before casting a vote.

I had the privilege of watching the 1st District of Iowa Congressional debate between incumbent Rod Blum and his challenger Abby Finkenauer last Friday, Oct. 5.

I knew very little about both candidates going into the debate, aside from the fact that Blum is a Republican currently holding the seat and Finkenauer is a Democrat trying to unseat him in what many political analysts have been calling a swing year for Democrats.

I decided to watch the debate with an open mind, because I thought that I should really make my voting decision on what the candidates say and how they present themselves as a potential Representative from Iowa.

Based on what I saw, Blum is a small-government conservative and Finkenauer is a progressive with a lot of similar ideas to current Democrats in Congress, such as single-payer health care and criticism of President Trump’s economic policies. I expected to see both of these sets of values from both candidates, but I figured spending a little time hearing them out couldn’t hurt my take on this election.

This is something that I think every voter should do before casting a vote in any election. Rather than looking at the “R” or “D” next to the candidate’s name on the ballot or just voting a straight ticket one way, take a small amount of time to research both candidates in an election you are thinking about voting in.

We live in the information age, with a plethora of data covering all 435 Congressional races taking place this election year. If a political candidate is making any sort of attempt to win, they’ll have a website with their stances on multiple hot-button issues, often times pertaining to the state and district. Chances are they will also have a Facebook page, Twitter account and any other social media page in which they directly share their views on contemporary problems.

Congressman Blum’s campaign website contains his views on Social Security, agriculture and economic policies, as well as past-legislation he has sponsored and voted for. The same goes for Abby Finkenauer, as she lists her views on nine different contemporary issues on her campaign website. A simple Google search will help you find a lot of information about the candidates, often times from local sources. Easy things like going on a candidate’s website and social media page, as well as looking at their stances on certain issues, will give you reasons to vote for one candidate and not the other. It’s better to give yourself an issue or two that the candidate is keen on as a reason to cast a vote for them, rather than saying, “well they’re a Democrat/Republican so they doesn’t get my vote.”

I understand that listening to both candidates likely won’t change your mind. Watching the Blum/Finkenauer debate didn’t change who I’m voting for at all, but at least now I have a couple of set reasons behind who I will cast my vote for. This election cycle will be the first that I am able to vote in, as well as millions of other Americans my age.

We’ve been given access to more political information than during any point in time, and it only makes sense that we use that to our advantage to become informed voters.