Redford shines in ‘The Old Man & the Gun’ 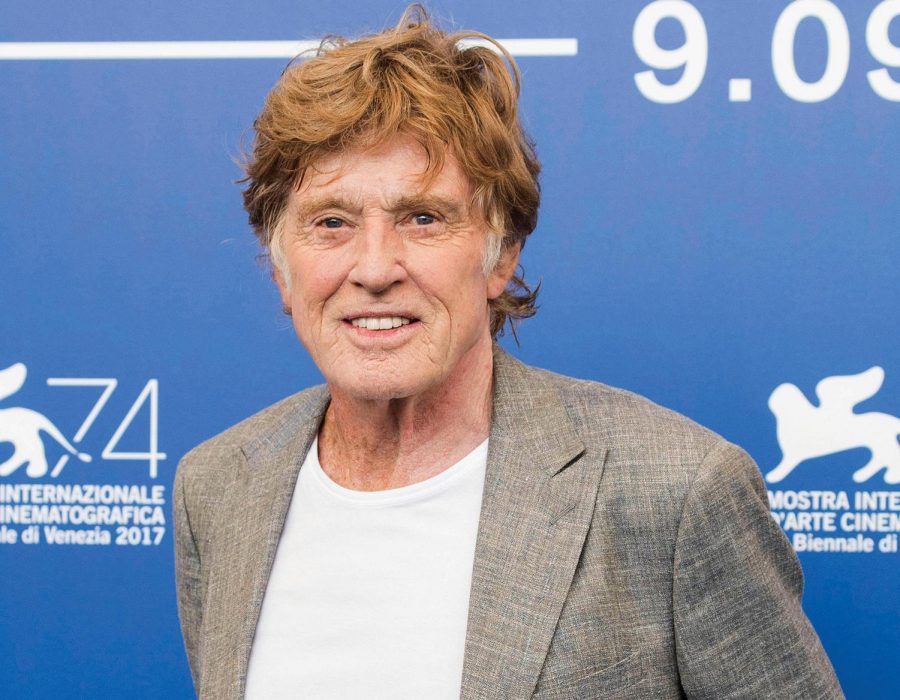 Robert Redford stars in "The Old Man & the Gun," written and directed David Lowery. The crime comedy is based on the real-life story of criminal and escape artist Forrest Tucker.

Robert Redford has built a successful decade-spanning career as a charming actor who can play any type of character with a heart of gold.

It seems fitting that in his final performance in the new film “The Old Man & the Gun,” Redford plays Forrest Tucker, a man born to rob banks. Except he’s not your typical bank robber. He’s the happiest and most polite criminal around.

Now, at the age of 74, Tucker becomes nationally famous and must continue his passion while eluding the pursuit of detective John Hunt, who becomes enraptured by the legend of one man living his dream despite its possible consequences.

Director David Lowery isn’t a household name, but the 38-year-old has made some quality films such as the 2017 indie hit “A Ghost Story” and “Pete’s Dragon” in 2016 (also starring Redford).

Lowery goes for the sweet and simple approach when it comes directing this film. He keeps the film feeling like a cool, light breeze with the main plot centered on one detail at a time.

Lowery also nails the look and feel of the film to fit the 1980s setting. The film doesn’t just feel like it’s set in the 80s; it feels like it was made during that time period. The very grainy film stock used to shoot the movie makes it feel nostalgic. An abundance of classic songs from the era also fit the tone perfectly.

However, Lowery’s simple approach has some minor drawbacks. The overall story of the film felt a little shallow and could have used more buildup and stakes in order to build suspense. There could have also been more interaction between characters in order to develop relationships — some don’t feel as genuine as they should.

Lowery adapts the screenplay from a real-life biographical article about Forrest Tucker written by David Grann and published in the “The New Yorker.”

Lowery matches his writing with his approach to directing. The script is filled with tender moments that work wonders with the actors involved. The diner scenes between Tucker and Jewel are the best as they simply enjoy each other and talk about life in old age. With only a little bit of effort and some magic, the two actors and the dialogue they share are able to keep us engaged throughout.

Below the surface, however, Lowery’s script suffers from the same problems as his directing. The overall story feels too simple to satisfyingly fit a feature-length film. More background and supporting details could have been used to tell the story with more depth. Important events occur with little to no explanation, which proves to be very distracting in the end as they cut down on the overall believability.

Redford essentially plays a culmination of every part he’s previously played in his 50-plus-year career. He works magic with his confidence and overall physical presence in each scene. It’s a testament to his skill that you never actually see the gun he uses during the robberies; rather, his charisma and charm are the only weapons he needs. Even with all of Tucker’s misdoings, you end up rooting for him by the end of the film.

Partnering up with Redford in a supporting role is Sissy Spacek as Jewel, a widow in whom Forrest takes an interest. Jewel finds herself romantically entangled with Tucker and just can’t seem to shake him off, despite knowing what he does for a living. Spacek and Redford have excellent chemistry together and keep viewers thoroughly entertained in even the most mundane of scenes.

Every criminal needs a cop as a nemesis, and filling that role is Casey Affleck as John Hunt. Affleck counterbalances Redford’s playfulness as his character glumly deals with the thought of getting older in a static career. Affleck’s middling works throughout the film but never matches Redford’s ability to make us care about his character.

“The Old Man & the Gun” is similar to a Sunday drive in the country. It doesn’t really know where it’s going from time to time, but it doesn’t really matter because the ride itself is more enjoyable than the final destination. In his farewell performance, Redford shows us that he can win over any crowd. He rides out into the sunset and leaves us with his legend and unforgettable skill as an actor.