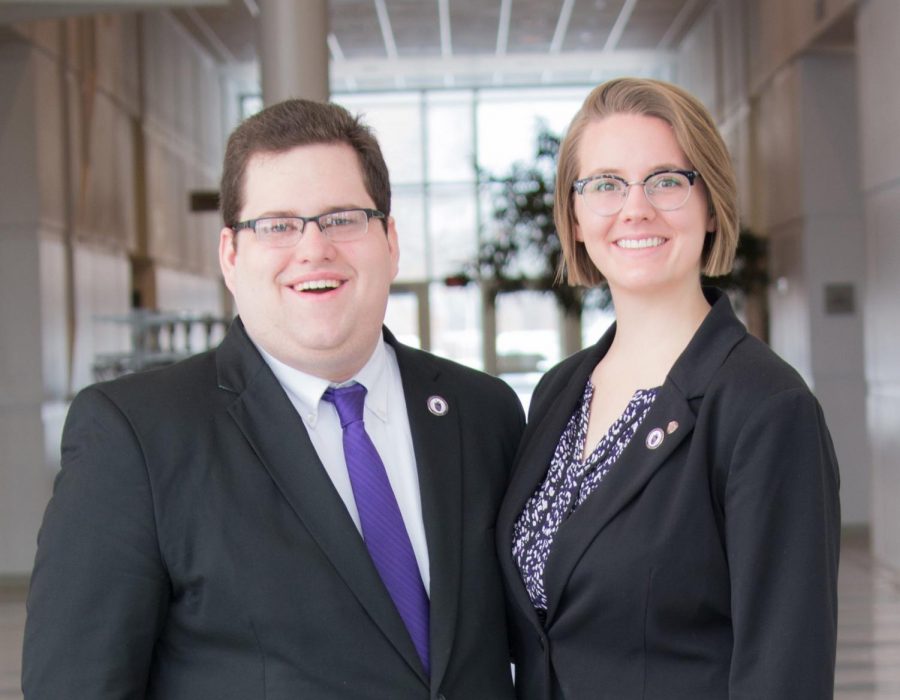 The Dean of Students office is restructuring its website to better cater to student needs and highlight student rights.

The topic of student rights — specifically the idea of having a student bill of rights — was discussed by Drew Stensland and Kristen Ahart during their campaign for Northern Iowa Student Government (NISG) president and vice president, respectively.

“The whole idea was to help increase student knowledge on both the conduct process and a wide variety of other things like student fees,” said Stensland.

“The idea was to model it after the University of Iowa,” Stensland said. “We looked a little deeper […] and found that’s not really the model we want.”

During their Oct. 25 meeting, Stensland and Ahart discussed student rights and went over the student conduct policy, finding it to be very comprehensive. According to an email from Ahart, they discussed how to better improve transparency for the policies outlined in the student conduct code.

Stensland said the goal is for students to know their different rights and how they can use them. One example he gave is the right to an advisor. While they don’t work as lawyers for students, they can offer counsel throughout a student’s experience with the student conduct process.

Stensland said the Dean of Students is also looking to restructure the advisor role so that they are trained more regularly and to diversify staff so students can find advisors from their part of campus.

“They’re someone hopefully on that list that you are comfortable enough to talk to that would help you through the process,” Stensland said.

According to Ahart, they are also considering training the entire NISG Supreme Court to serve as advisors to students.

The student rights are listed within section eight of the Student Conduct Code 3.02 and can be found on the Dean of Students website. The updated website will list all the rights on their own separate document, so students will not have to search through the policy to find them on their own.

“I haven’t thought about it,” said Charles Schwarz, a sophomore digital media production major, regarding student rights. “Unless it directly affects me, it doesn’t matter.”

Sonja Christensen, a sophomore Spanish and communications disorders major, expressed a similar sentiment, saying, “I haven’t really thought about it that much.”

“Ideally, a student would know their rights the moment they stand on campus,” Stensland said. “And I’m going to be the first to admit that I don’t know the rights as well as I probably should. I would argue most students probably don’t know it.”

When students are notified of being in violation of the student conduct code, they receive a copy of the entire code along with the alleged violation. According to Ahart, they discussed adding additional resources to the original letter of notice sent to students from the office to connect them directly with support and resources.

Both Ahart and Stensland said that a Frequently Asked Questions section would also be added to the website to serve in better transparency to the students.

Stensland lauded the Dean of Students Office for already taking proactive steps to make their website more accessible to students.

“At the end of the day, it’s just to make students lives easier when they are already in a very stressful place,” Stensland said.