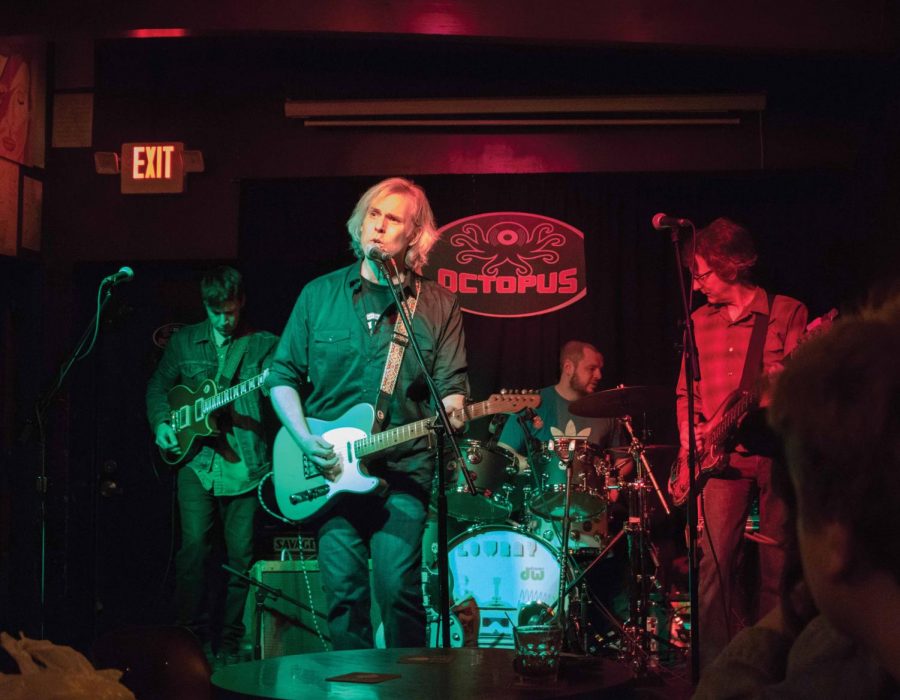 Band members Daniel Fowlds and James Irving created LowRay in 2015 after they had both taken a break from the music industry.

Lead singer and guitarist Fowlds is a Minneapolis native who has played in bands since the 80’s. Fowlds said he is most confident on guitar and vocals but occasionally uses a keyboard to write some of the band’s songs.

Irving, who plays drums for the band, grew up in England. His music career began while he was still a teenager.

Fowlds writes all of the songs the band plays while Irving helps polish them.

On their band website, Fowlds and Irving touch on the fact that they bring in other people to play with them for live gigs.

“People come in and add their own flavor,” Irving said.

LowRay’s newest LP, “Friends and the Fakers,” comes out on Nov. 9 and has 10 tracks that mix classic FM radio rock with power pop, soul, R&B, new wave and country.

For more information on upcoming shows and news about LowRay, students can visit their website www.lowrayband.com or follow them on social media.