Voters sound off on 2018 midterm 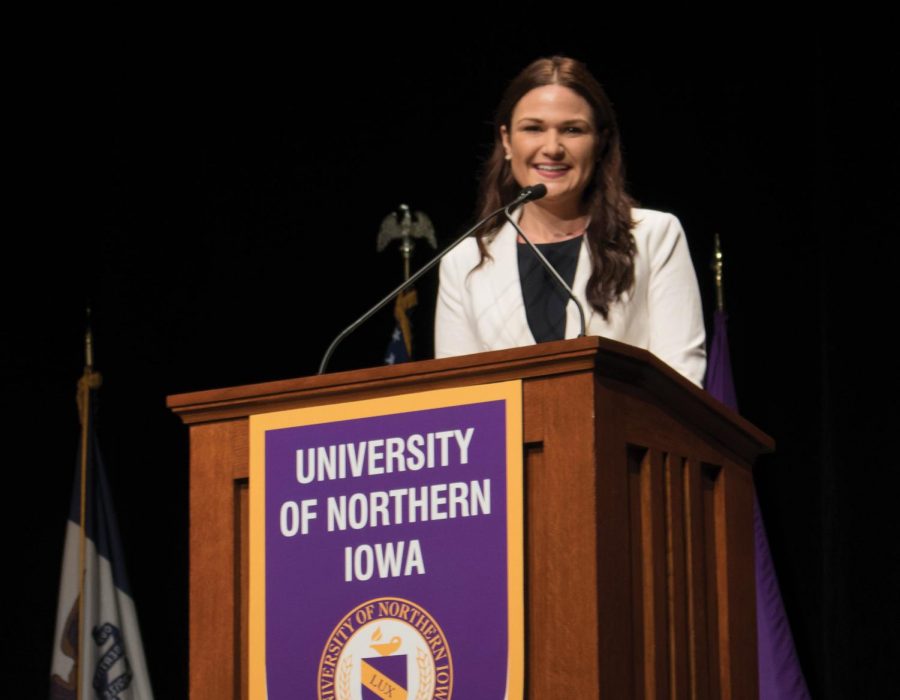 As the polls closed across the country and results trickled in, pollsters on every news network reported the count, minute by minute. Like every election in this country gives rise to, about half of Americans woke up on Wednesday morning with disappointment—the other half, enthusiasm— or at the very least, contentment.

What happened in Iowa?

In the gubernatorial race between Fred Hubbell (D) and incumbent Kim Reynolds (R), Reynolds was able to hold onto the governorship by 50.4 percent to 47.4 percent. Reynolds was Lieutenant Governor from 2011 to 2017, until she assumed the position after Terry Branstad, then governor, was appointed to be the United States Ambassador to China.

Her victory marks the first time a female governor has been elected in Iowa.

Christopher Larimer, professor of political science, said this signifies the true beginning of a Reynolds agenda for the next two years.

“Now, going into this session, she has the electoral mandate,” said Larimer. “She can really push her own agenda—not Terry Branstad’s agenda; it’s not a carry over for Branstad.”

Incumbent Dave Loebsack (D) in district two was the second democrat to secure a victory over Christopher Peters (R). The count was split 54.8 percent to 42.6 percent.

It was evident early in the night that democrats were going to secure a victory in three of the four districts. As the night progressed, eyes turned towards district four.

National attention was focused on the fourth district, in part due to recent media coverage of Rep. Steve King being associated with white nationalism and racism.

The comments from Rep. Steve Stivers, head of National Republican Congressional Committee, caught the attention of many media outlets just days before the election.

On Tuesday, Oct. 30, Stivers condemned King’s most recent comments and behavior, of which he called “completely inappropriate” and then indicated that King is a white supremacist.

Despite the controversy around Rep. King, he was able to hold onto his seat once again, making 2018 the start of his ninth term.

Associate professor of political science Justin Holmes said the race was much closer than previous races for King.

“That fourth district race was dramatically closer than anyone would have thought, myself included,” said Holmes.

With a difference of just over 10,500 votes, Holmes said, “The margin for King was much tighter than the normal margin for King is in the fourth district, and I think all of that gives a little trouble for Trump here going forward.”

In response to the results, Austin Kornyta, sophomore communication studies major said, “I am somewhat surprised about the election. It is wild to me that Iowa elected 3/4 Democrats in Congress, a Republican governor, and a white supremacist kept his seat.”

Locally, Black Hawk county saw record turnouts, according to the Courier. They report an unofficial count of 53,394 ballots cast, up from 2014 at 46,947.

Precincts on campus and in the surrounding area had a total of 1,678 ballots cast on election day, according to the Black Hawk County Auditor’s office. This included the voting locations of Gilchrist Hall, UNI Bookstore and the Hearst Center.

Holmes said, “This was a pretty engaged election, nationwide for midterms, and Iowa is a state that votes at a pretty high rate compared to the rest of the country.”

What does this mean for Iowa?

Has Iowa gone blue, or red? Or is it purple?

According to Holmes, “[Iowa is] very much a purple state in a lot of ways.”

“In terms of the results, I think that we have two different stories for Iowa. In a lot of ways, 2018 is the most ‘Iowa’ decision ever. You get a really split decision,” Holmes said.

The split decision between districts indicates the differences in rural Iowa and urban Iowa, according to Larimer.

What about the rest of the Nation?

Nationwide, the Democrats wrested control of the House of Representatives fairly early in the night. As of Wednesday evening, the seats were divided 220 democrats, 196 republicans, making for a 26-seat shift from red to blue.

Of the 36 gubernatorial races across the country, 23 went to democrats and 25 went to republicans, resulting in seven gains for democrats. These races are crucial in determining redistricting guidelines—a battle that has been a major campaigning point for democratic candidates.

Now that Iowa has flipped two of the three previously Republican held seats, Holmes projects Iowa to continue turning blue. “Reading Iowa is tough—we’re complicated. My suspicion is that Iowa will likely be bluer in 2020 than it was in 2016.”

With control of the House, Democrats now have the chance to forge ahead with efforts to investigate the president, something they were unable to accomplish as a House minority.

Regarding the potential to enforce oversight measures, Larimer said, “If they push too hard, and it would become so negative, then there might be backlash in 2020.”