‘Spiders’s Web’ is as lifeless as its setting 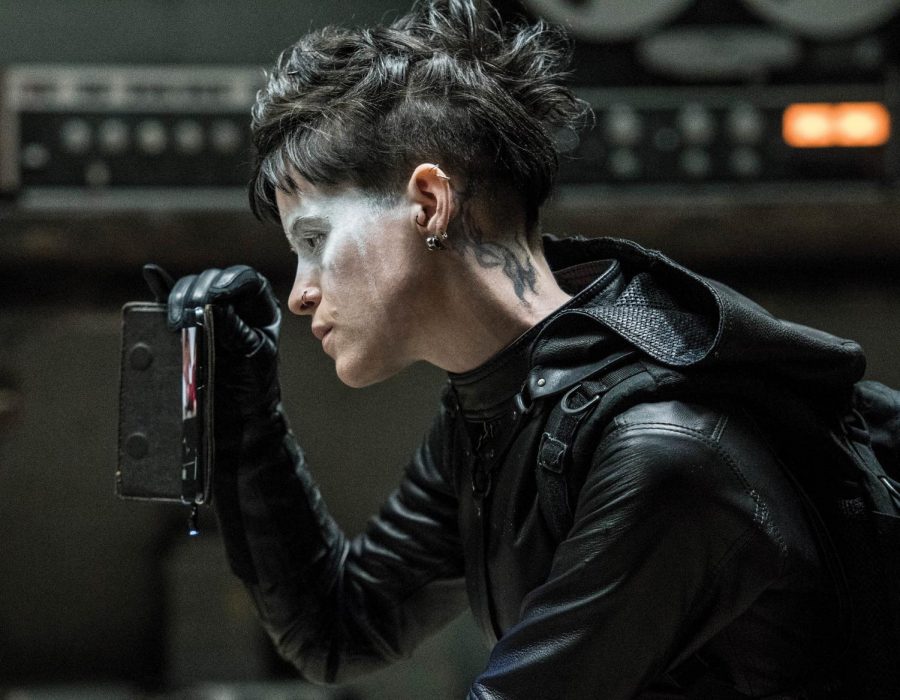 Fede Alvarez's "The Girl in the Spider's Web," a sequel to the 2011 crime thriller "The Girl with the Dragon Tattoo," was released on Nov. 9. The film received a 41 percent rating on Rotten Tomatoes.

After watching “The Girl in the Spider’s Web,” all I could think about was how badly this film tried to be a James Bond movie. There’s the dark protagonist who uses questionable methods to serve justice, the villain who wants to control the world and the underdeveloped love interest who always gets in the way. “Spider’s Web” even has an opening title sequence, akin to those from the Bond films. One could say that the only thing the 007 films have that this film doesn’t is a sense of quality, which in the end makes “Spider’s Web” a pale imitation of its far superior predecessors.

“Spider’s Web” is directed by Fede Álvarez, who previously proved himself with the horror thriller “Don’t Breathe.” Unfortunately, he brings none of those thrills to this film as it ends up being a boring slog.

Álvarez really tries to make this a hard action flick, which totally goes against the source material. Lisbeth is treated here as a heroine who is able to fight off five guys at a time when really, she’s a tortured anti-hero who uses her genius skills to stay ahead of her enemies.

Álvarez also relies heavily on action set pieces in order to mask the overall drabness of the story. Unsurprisingly, the set pieces are just as drab as everything else. The car chases and stunt work are by-the-numbers and difficult to watch as the editing jumps around at a frenetic pace.

Going along with the theme of unoriginality is the writing.

The main MacGuffin plot follows Salander as she tracks down a laptop containing a program that can control the world’s supply of nuclear weapons.

The plot feels more in line with a cheesy 80’s Schwarzenegger flick rather than a modern thriller. It also goes against the hard-grounded tone the film tries to convey. Lisbeth deals with her inner demons in one scene, and in the next, she is trying to stop a nuclear holocaust. It’s a crazy shift that rips the film of any tension and believability.

Filling the boring world are some equally bland characters. Many either don’t have a name or are so basic you’ll forget their names immediately after hearing them. The writers try to make each one cool by giving them super skills like fighting or hacking, but they forgot to give them personalities. Each one feels more like an object to move the plot forward rather than an actual human with feelings.

The one good thing about this film is Claire Foy, who fearlessly dives into the role of Lisbeth Salander. Her accent is on point and she brings a good amount of grit to the character. It’s a shame that her talent is wasted on such lousy material.

The rest of the supporting cast fails to make an impact and feels cut and pasted from any typical action movie.

Lakeith Stanfield plays Edwin, an NSA agent who hunts down Salander in a game of cat-and-mouse. Stanfield has done much better work than this and just doesn’t seem to really care — and really, who can blame him?

Sylvia Hoeks plays the archetypal villain who wants to hold the world hostage. She tries to give her character an edge by being playful and menacing, but it backfires and ends up making her performance laughably bad.

Lastly, Christopher Convery plays August, a kid who gets trapped in all this mess. Granted, he’s only just starting out his early career, but Convery was terrible in the role. His painful delivery ruined about every scene he was in (which was a lot) and immediately crushed any hopes of sympathy for his character.

Just like its setting, “The Girl in the Spider’s Web” is cold and lifeless. Save for Claire Foy, everything in the film ends up being a cheap knockoff of other generic action thrillers. Instead of watching a film that tries to be James Bond, just watch a James Bond film. At least those are pretty good.