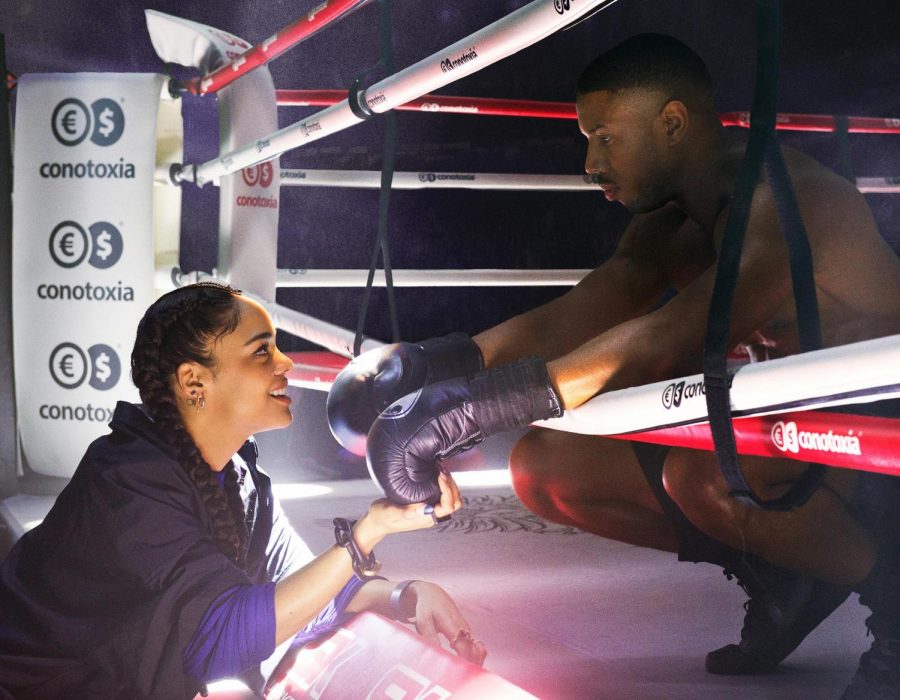 The first “Creed” film was an entertaining surprise that was able to be both of fan service to the “Rocky” franchise and a great standalone story filled with rich characters and relationships.

The new sequel, “Creed II,” goes bigger than the first as the return of Ivan Drago reignites a rivalry 33 years in the making. Viktor, Ivan’s son, challenges Adonis Creed to a match that will determine who will be the heavyweight champion of the world. Accepting the challenge, Adonis fights for his name and to take revenge against the son of the man who killed his father.

Now that Ryan Coogler has moved on to “Black Panther” and its sequel, the director mantle now falls on Steven Caple Jr.

Caple Jr. tries to imitate Coogler rather than put his own stamp on the franchise. This technique more or less works, but only because Coogler supplied a proven template that could easily be followed.

The film stays smoothly slow throughout as Caple Jr. allows his cast to freely take reign over the material. Sometimes this proves to be tedious, but mostly it makes the story more character-driven.

The staple of the “Rocky” franchise is the fight scenes, and Caple Jr. does an okay job with the two major ones. The first one doesn’t make much of an impact as it comes and goes with little originality or flair. The second one, however, really comes alive as the sound of bones crunching and the whipping of the camera lends itself to a visceral experience. The original “Gonna Fly Now” theme is even thrown in to cap off the grueling bout.

From a script by Sylvester Stallone and Juel Taylor, “Creed II” is serviceable enough in the writing department despite being wholly unoriginal.

The overall plot is a beat-for-beat recreation of “Rocky IV.” Revisiting that story is great on a nostalgia level, but on a storytelling level, it takes away from the suspense. The final fight even takes place in Moscow just to rub it in a little bit more.

The one area in which the film truly excels is how it handles the relationships and interactions between characters. The conversations between the main core feel authentic and help grow the connection the audience shares with them.

The importance of family pops up more than once as Adonis begins his life as a father and Rocky tries to reconnect with his distant son. These include some beautiful moments of tenderness that provide a great counterweight to the stone-cold fights.

The one character that gets the short end of the stick is Viktor, who really doesn’t have any reason to be in the movie except for name recognition. In a franchise full of great opponents, this one falls to the bottom of the barrel as Viktor’s development as a character is given little thought and brushed aside for more scenes of him beating guys up.

With the “Creed” series and his role in “Black Panther,” Michael B. Jordan is on a hot streak right now. He brings his natural talents to the screen and more than delivers on the physical and emotional demands of the character. He also has that bit of charisma his onscreen father possessed all those years ago. Watching him in the ring is a sight to see as he rolls with the punches and is able to fledge out his character without any dialogue.

Another standout performance comes from Stallone as his most iconic character. For two films now, Stallone has naturally been able to play Rocky as the wise elder to the young prodigy. His scenes with Jordan are excellent and lend to the emotional heart of the story.

Tessa Thompson does a good job as Bianca. She proves to be Adonis’ rock as the two further their relationship into parenthood.

Lastly, Dolph Lundgren and Florian Munteanu do a fine job as father-son combo Ivan and Viktor Drago, respectively. Lundgren can be a bit over the top at times, but he does well at being both menacing and vulnerable. Munteanu physically is more gorilla than human as he towers over his competition and stokes fear through his muscles.

Led by powerhouse performances from Jordan and Stallone, “Creed II” is able to deliver on the expectations of its predecessor. While it does fall into “Rocky IV”-esque melodrama at times, Caple Jr.’s film finds the right balance and knows when to strike and when to let back as it sports some thrilling fight scenes along with some touching human moments.