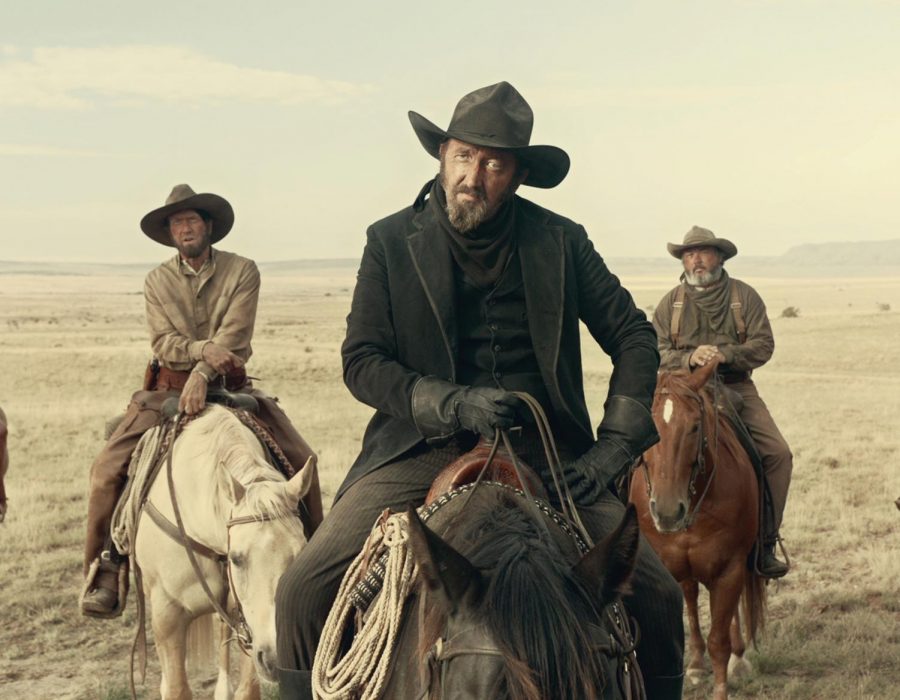 The newest film by the Coen brothers, "The Ballad of Buster Scruggs," is available on Netflix. The six-part Western film received a 93 percent rating on Rotten Tomatoes.

Joel and Ethan Coen are two directors who can always be depended on to make a wildly original film. Their work contains an offbeat nature mixed with highbrow comedy that either ends up making a splash with audiences (“Fargo”) or landing with a thud (“The Ladykillers”). The brothers’ latest Netflix film, “The Ballad of Buster Scruggs,” lands somewhere in the grey area between splash and thud.

Set in the Old West, the film is split into chapters and tells six mutually exclusive stories. Ranging from wacky slapstick to grim realism, the Coens offer their own unique take on the Western genre as they experiment with a revolving door of distinct plots and characters.

The Coens have always been able to grab the attention of viewers with their blend of violence and sharp storytelling. Those two attributes show up in “Buster Scruggs,” but not as much as they should.

The first story, starring Tim Blake Nelson as the titular character, is a joyous romp that starts the film off on the right foot through its use of comedic gunplay and witty banter.

Unfortunately, having such a fine chapter at the beginning sets the rest of the film up to be a disappointment in comparison. A few of the subsequent stories just kind of come and go without much fanfare.

Clocking in at 130 minutes, the film can test your patience from time to time. The length of each story ranges between fifteen and forty minutes. A major problem arises from this as all the good stories end up being too short and the lackluster stories too long. This creates an unsatisfying feeling at the end of each as they never feel right in terms of length.

One area that should be applauded is the absolutely stunning cinematography by Bruno Delbonnel. Each wide shot of the Great Plains is more beautiful than the last as every one is used masterfully to build a living world around the stories.

Just like their directing, the writing by the Coens can be best described as a crapshoot.

Filling their stories with insights concerning the ideas of existentialism and human morality, the brothers sometimes overplay their hands and start to lull the audience from boredom. The final story is the most guilty of this, as five characters endlessly drone on about different philosophical topics such as the nature of God and the morality of bounty hunting.

One thing at which the Coens have always excelled is filling their films with compelling characters. The characters in this film more than live up to expectations as almost every one of them light up the screen with their eccentric personalities.

However, not all characters get to shine as some of their traits wear thin quickly. By the end, they become repetitive parodies.

With an A-list cast of different character actors, the quality of the acting as a whole is in line with the directing and writing.

Tim Blake Nelson as the cartoony gunslinger Buster Scruggs is easily the highlight of the film. His infectious energy and fourth-wall-breaking wisecracks give levity to some of the film’s most brutal moments.

James Franco and Liam Neeson appear in the second and third story, respectively, as men trying to make a living through questionable methods. The plots of each story give the actors little to work with and they each end up turning in average performances.

Famous singer Tom Waits single-handedly stars in the fourth story as a prospector searching for a gold deposit. Waits’ grizzled demeanor, along with his reactionary mutterings, keep us engaged throughout and connected to the welfare of his character.

Lastly, Zoe Kazan stars in the penultimate story as a woman trying to make her way to Oregon while enduring a series of tragedies. Kazan’s shy and innocent personality gives her character a good amount of emotional depth that nearly makes up for the dull plot.

“The Ballad of Buster Scruggs” is a reminder of what the Coens do so well and what they have always struggled with. Despite their limitations, the brothers are miles ahead of many others who try and fail to match their style. If you have a Netflix account or know someone who does (which is about everyone), this film could prove to be an entertaining time and a great gateway into the filmography of two of the most influential filmmakers of the past quarter century.