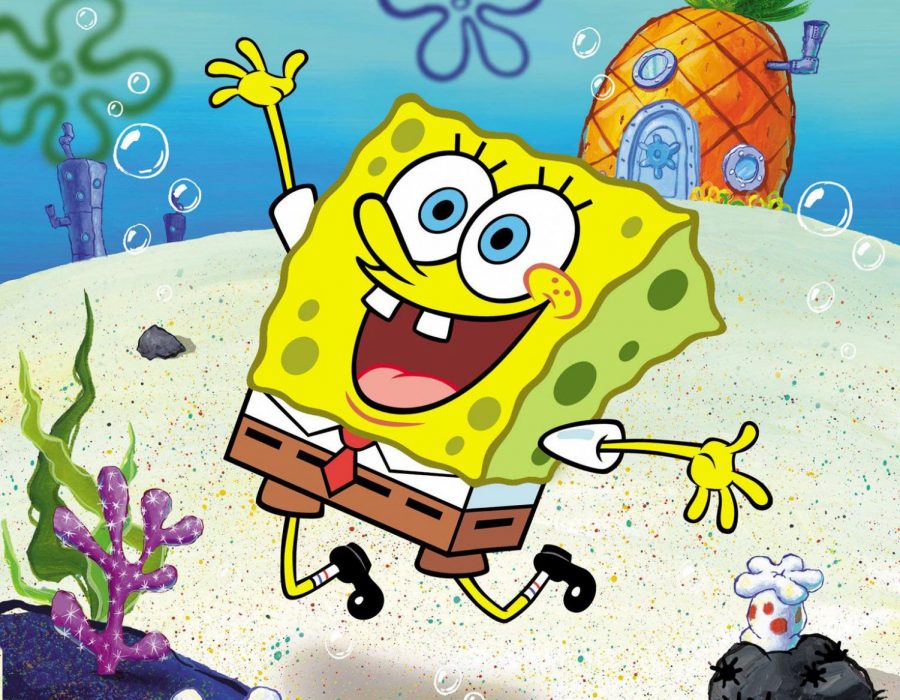 Last Monday, Nov. 26, was a sad night in Bikini Bottom because Stephen Hillenburg, the creator of the beloved Nickelodeon cartoon, “Spongebob Squarepants,” passed away. Hillenburg was only 57 years old and died due to ALS complications, according to Deadline.

From watching “The Spongebob Squarepants Movie” with director’s commentary multiple times and my own personal research throughout the years, including some school projects, I’ve acquired a vast library of knowledge about the Bikini Bottom world. I may not compare to the devotion of Patchy the Pirate, but I do consider myself a Spongebob specialist.

To know me, is to know that “Spongebob Squarepants” runs through my veins. Before Vine or memes ever existed, my friends and I would just repeat “Spongebob” quotes to one another. Or I would just repeat “Spongebob” quotes to them and bemoan the fact that their childhoods were deprived of the pleasures of jellyfish fields and Krabby Patties. So, the passing of Hillenburg hit me way harder than even the passing of Stan Lee, who I must also thank for creating the comic book characters that I grew up reading and inspiring my own storytelling.

My love for “Spongebob” goes beyond the nautical nonsense and humor. Today, I hope to convince you that this kid’s show about a devoted minimum-wage fry cook in the form of an anthropomorphic sponge is anything but insignificant.

The first thing you must understand about “Spongebob” is that Hillenburg was a marine biologist and very intentional about character design. No, sea sponges don’t look like dish sponges, but if you look at Spongebob’s genealogy, you’ll find that his parents are more resembling of actual marine sponges.

Other characters, like Squidward, as it is explained by Hillenburg, couldn’t be animated to look like actual animals for the purpose of keeping it simple and fun. During regular third wall breaks in the show, references to the actual models of the sea creatures are made.

Another fun marine fact is that “Spongebob” could be located in a real-life science fiction premise. Fans theorize that Bikini Bottom is actually Bikini Atoll, an atoll in the Marshall Islands where nuclear testing happened during World War II, and all the creatures are mutated results of radiation. Although Bikini Atoll does have the namesake, lead voice actor Tom Kenny, also from “The Powerpuff Girls” and “CatDog,” said Bikini Bottom is its own world, thus why the show strays from covering topical subjects.

Hillenburg was a man passionate about marine life and strange animation shorts from a very young age, according to the Atlantic. In the mid-80s’ he was working at California’s Ocean Institute to create educational cartoons for children. He then went on to attend CalArts to become an animator. The pitch for a story of cheerful, albeit overly optimistic, sea sponge to Nickelodeon in 1997 was well received, and it quickly became a huge success for the network.

One of the driving forces of the show as an animation is actually the dialogue. There are, of course, brilliant scenes in Bikini Bottom that can only work with animation, but it is the colorful dialogue between characters that drives the humor. When Spongebob contorts himself in the shape of Texas and asks, “What am I?” to his best friend and starfish, Patrick, the scene that plays out in dialogue is easily repeatable without video:

And even the cheesy humor is completely self-aware with the character of Squidward. His responses to Spongebob and Patrick’s most inane ideas and conversations actually grow more humorous with age. Squidward is the stoic hero of self-deprecating humor throughout the series, only seconded by Mrs. Puff and then Sandy Cheeks. The importance of these characters cannot be emphasized enough. In a show where the main character is happy to go to his minimum wage job every day (with or without pay?!), it adds a breath of sanity that makes the show watchable to every generation.

Now, the cultural impact of “Spongebob” can’t be missed if you spend even one minute on the internet, and it is only helped by the fact that the show is still the longest running Nickelodeon series with 242 episodes and counting. It beat out Rugrats for that top spot in 2012, and they are in the top 10 of longest running American cartoons, according to Ranker. They’ve received much critical acclaim, winning four Emmy awards, six Annie Awards and two BAFTA Children’s awards.

But what is essential to the importance of ‘Spongebob” is not its accolades or lasing humor, but its wumbo. Wumbo was introduced by Patrick Star in season three, episode five of the show. It is best described as, “I wumbo, you wumbo, he, she, me, wumbo, wumbo, wumboing, we’ll have the wumbo, wumborama, wumbology, the study of wumbo,” according to Star.

In many ways, wumbo is a higher state of being, a place completely foreign and yet completely like home. Hillenburg brought wumbo to us. So, we can be Goofy Goobers, proud ugly barnacles and discover new ways to annoy Squidward in the coming future on Feb. 15. To my fellow fry cook lovers, keep Plankton from stealing the secret formula this break, and to the novice, I advise you give “Spongebob” a try for the first four to six seasons.  Wumbo be with you.