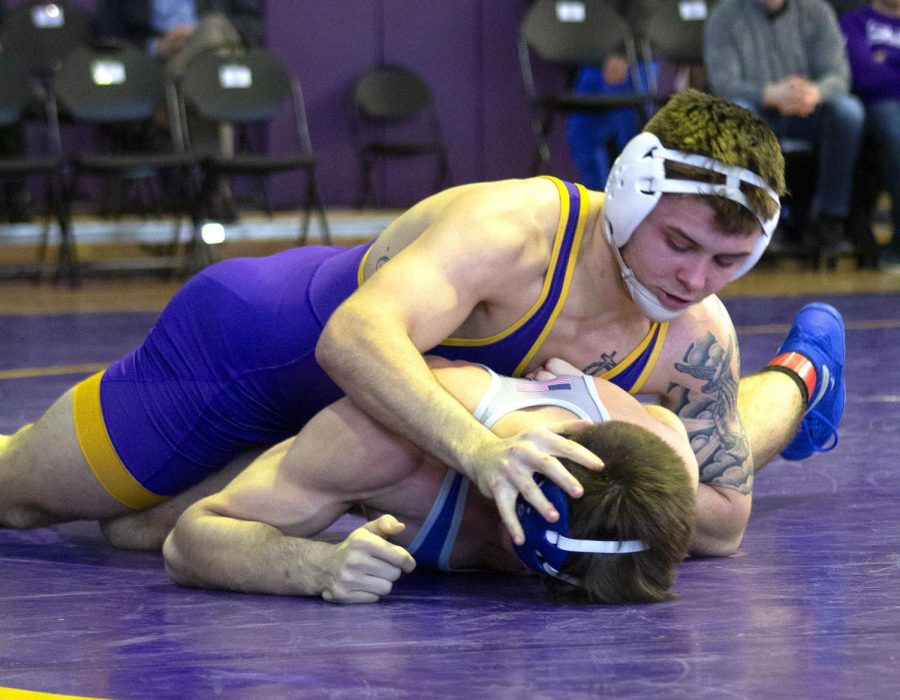 Alber, UNI’s 141 pounder, is a three-time NCAA qualifier and will have the chane to showcase his capabilities come March at the national tournament.

For the team, the Panthers were unable to top Missouri, falling by a score of 29-12. The UNI wrestling team went to enemy grounds and lost to the Tigers, but were able to rebound with a win over the Air Force Academy wrestling squad.

Freshman Tyrel Gordon, was able to get his first Big 12 win in front of the Panther fans, and Bryce Steiert and Taylor Lujan were also able to add some major bonus points to the Panther team score by picking up back-to-back tech-falls.

At the end of the dual, the Panthers finished victoriously, winning by a score of 29-9 and remaining perfect in Big 12 duals.

The Panthers take on the University of Northern Colorado at home at 7 p.m. on Friday, Jan. 25.